Chowing down in Korean town

Strathfield was once a weekly food pilgrimage for noodlies, Sydney food blog. But since Ceci changed hands a few years ago, the visits are now much less frequent. We’ve tried the others nearby, including Beauty and the Beast, Won Jo, Hyung Won, Wooden Bowl and more, but they weren’t the same and in particular, they didn’t have Ceci’s more-ish stir fried dumplings in chilli sauce.

Bassim, over the Albert road end is a fav for Korean BBQ, but because we’re such devotees of Ceci, we rarely head over that side of Strathfield. Today we’re heading that way. In the old days, Bassim was about the only restaurant in this stretch of Albert road, these days, there are five Korean eateries (including Bassim) and all doing brisk trade. Spotting an empty table, we rush inside Minto Korean Restaurant.

My Korean craving is bordering on obsessive right now as we haven’t had any for over a month (I’ve been to Myanmar and Hong Kong recently). We go for the usual dishes. I’m excited and nervous: “What if it’s not as good as I’m expecting?”. As always, the du boo kim chi looks stunning; elegant but substantial, the contrasting colours make my mouth water immediately. The centre of pork stir fried in kim chi, while moist, leaves very little sauce to sweep up with the tofu square. The tofu pieces are more powdery than usual making the whole dish relatively dry and hard to swallow. I like this Korean pancake, not too eggy and not too floury, thick chunks of vegetables and shallots helps give it a bigger taste. I love how it comes out, one huge flat pancake to be cut up by the staff using a pair of scissors (see the noodlies video above).

The kim chi chi ke (not pictured – see video above) is a bubbling bowl of deliciousness. It’s a sharp, sour mouth smack at first but as the dish cools, the soup mellows and your taste buds acclimatises and you start to appreciate different flavours and textures – kim chi, pork and seafood that are hidden under that opaque red broth.

Is Minto Korean Restaurant as good as Ceci in it’s hey day? For noodlies, it’s a “no”. But hey, we were obsessed with Ceci and nothing will ever compare to it. And besides that question is academic, the Ceci we knew once is no longer. But Minto is here and now – and it’s not bad, not bad at all, pity about the dry du boo kim chi, though. 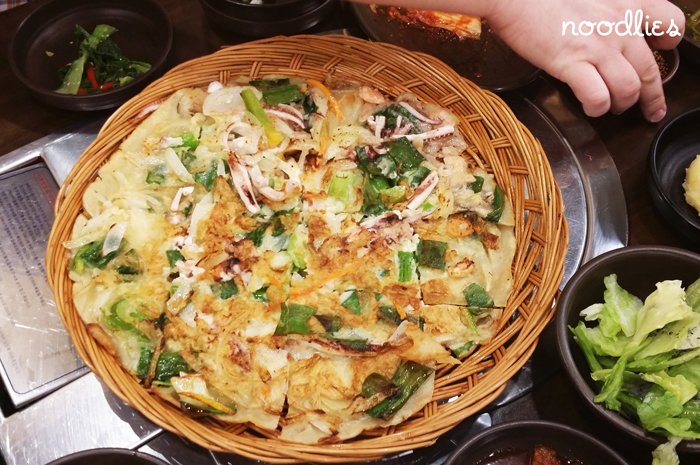 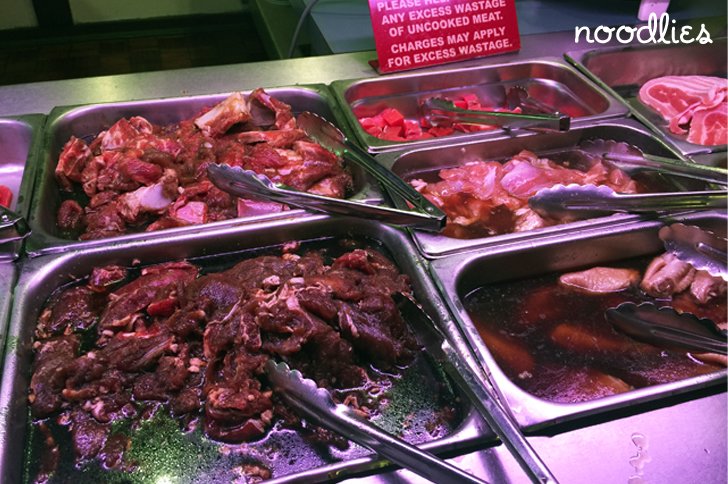