Where are the 2014 Lunar New Year Festivals in Sydney?

Want to experience the fun and excitement of the Year of the Horse?  This year, Chinese New Year, Tet, Lunar New Year is relatively early and falls on Friday, 31 January.  While the Sydney of Sydney’s “Chinese New Year” celebrations are the biggest – there are plenty of other celebrations around town that also celebrates the diverse Asian community in Australia including Chinese, Vietnamese and Korean.

There are at least 13 celebrations held across Sydney, Parramatta in the west, Rockdale, Kogarah and Hurstville down south, Chatswood up north, Burwood, Marrickville and Ryde in the inner west and Sydney CBD. Read on for the full list compiled by noodlies, Sydney food blog.

Here’s a list of the major 2014 Lunar New Year festivals in Sydney. Enjoy!

11 Jan-28 Feb Sydney: Chinese New Year Festival, City of Sydney In its 18th year, the Festival is organised by the City of Sydney and is by far the largest Lunar New Year celebration in NSW; from entertainment, arts, food, markets, tours and workshops.  Popular events include Dragon Boat Races, Chinese New Year Markets and Twilight Parade.

18 Jan Saigon Place, Bankstown, Lunar New Year Festival, Bankstown Council All of the traditional elements will be there including lion dances, lucky envelopes given by the God of Good Fortune, New Year card making, New Year flower making and Chung cake making classes. Calligraphy by the Learned Scholar and fruit carving demonstrations are always popular but it is The New Year Garden that continues to delight festival goers.

31 Jan King Street Place, Rockdale: Chinese New Year Festival, Rockdale Council The event features Dragon and Lion Dances, stalls, traditional performances, authentic food and children’s activities. As part of the celebrations we there will be a colouring competition with prizes for the winning entries by different age categories.

31 Jan Burwood Park, Burwood: Lunar New Year Festival, Burwood Council An exciting program for Lunar New Year 2014, which will include many performances through the streets of Burwood. For more information please phone 9911 9911.

31 Jan Lane Cove Plaza, Lunar New Year Festival, Lane Cove Council The Year of the Horse celebrations are from 4pm – 6:15pm. Enjoy a variety of traditional cultural performances including Japanese, Korean and Taiwanese dancers, Tai Chi and Calligraphy demonstrations, Lion Dancers and a variety of hands-on craft activities. (Thanks Jay for the tip off)

1-2 Feb Cabramatta Freedom Plaza: Lunar New Year Festival, Fairfield Council A lower-key event compared to the Council’s huge Moon Festival, this one has a Vietnamese flavour.  The event will be an action-packed weekend filled with entertainment, traditional rituals and, if you’re feeling a little peckish, you’ll find some of the most authentic Asian dishes in Sydney. From the exciting lion dancers, to beautiful traditional dancers complete with costumes and vibrant live performances. ABC 702 Sydney radio will be broadcasting live from 8.30am, 1 February.

8 Feb Calvert Street car park, off Illawarra Road, Marrickville: Lunar New Year Festival, Marrickville Council Features traditional singing and dancing and the God of Wealth will distribute lucky (chocolate) money envelopes. The Lion Dancers will be awakened at approximately 11.30am and will then parade through the precinct to wish good fortune to the local businesses. There will be firecrackers as well.

8 Feb Chatswood Mall: Chinese New Year Festival, Willoughby Council Traditional Lion and Dragon Dances will welcome the New Year, followed by an assortment of performances and entertainment. There will also be 30 plus specialty stalls selling Chinese products and food, as well as information and services.

8 Feb Kogarah Town Square, Chinese New Year Festival, Kogarah Council This is the first year that Chinese New Year will be celebrated at the Jubilee Stadium, having outgrown the Kogarah Town Square. The new venue allows this cultural celebration to; incorporate both international and local performers, include the inaugural ‘Kogarah Chinese New Year Cup’ Soccer Competition; continue the popular Lantern Riddle Competition, extend the length of the event, accommodate more stalls, provide adequate parking and more facilities for the audience.

Which Festivals will you be going to?  Do you know of another Festival in Sydney to add to this list? Please let me know in the comments section below! 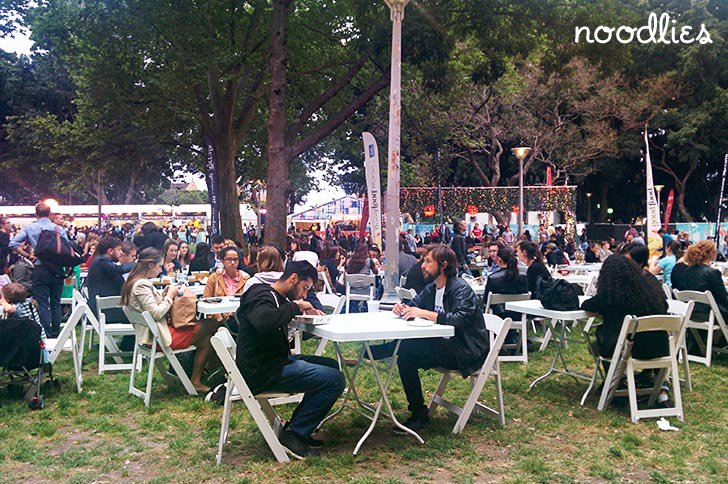