Will Korea eventually rule the world?

That wasn’t a question on my mind when I embarked on a four week Asia Eating Tour recently, but it was top of mind by the time I came back.

Even though the tour covered Cambodia, Hong Kong, Macau and Thailand, even there I could see the strong Korean cultural influence.  Channel V Asia, which has over taken MTV as the purveyor of music across the continent was pushing K-pop big time, their artist of the month a Korean boy band JYJ produced by Kanye West.

My personal favourite is another boy band, 2PM and their very catchy song, “Again and Again”.  A quick youtube search finds me the stunning video clip (above), which has so far amassed almost 6.4m views.

And of course, Korean soaps, famous for their pessimistic tone is dubbed into most Asian languages and shown prime time.  I saw a particularly popular soap on Hong Kong tv.

Already, Korean is one of my favourite food.  I’m not sure why.  The tastes are so in-your-face, pungent, sour, hot – usually the sort of thing you don’t eat too often, but since coming back from overseas, we’ve had it four times already.  I drive there in my Hyundai car…. 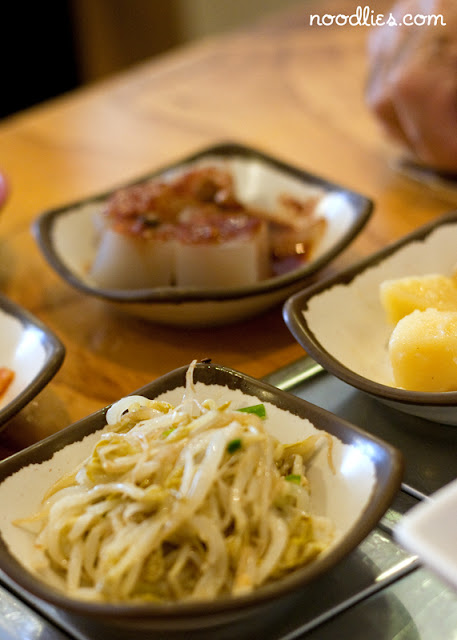 I am a fan of the quartet of free kim chi you get at Korean restaurants.  Always the cabbage chilli version and three others.  Today the ‘others’ were bean sprout, jelly, and potato.  My favourite is the endive version but we rarely get them these days.

Do you have a favourite kim chi? 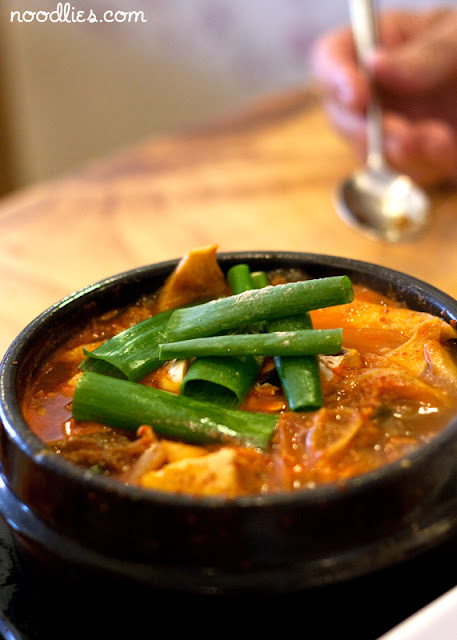 The kim chi chi ke soup is a perfect illustration of Korean food, strong sour from the kim chi and added vinegar, chilli hot, garlic overload, and garlic chives to drive you over the edge.  It comes out still boiling.  When it cools down and I take a spoonful, I’m hit with successive flavours that compete and after a while strangely become complimentary.

How would you describe the taste of kim chi chi ke? 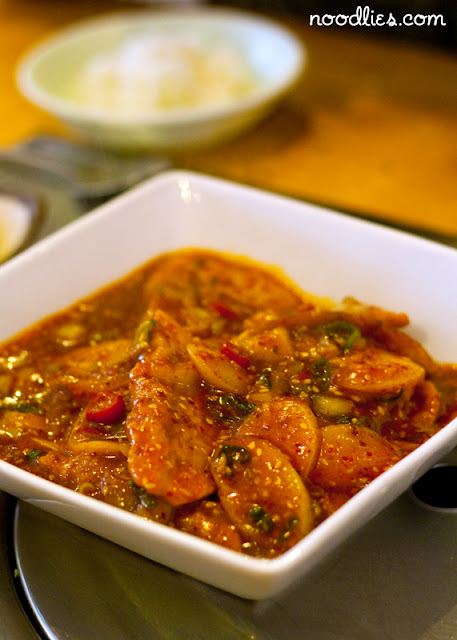 The fried dumplings in chilli sauce continues this bright and sharp theme, except dominant tastes are chilli, garlic (of course) and sweet.  I’m usually a fan of crispy dumplings when they are fried, these of course are soggy from the sauce, but I’m still a fan. 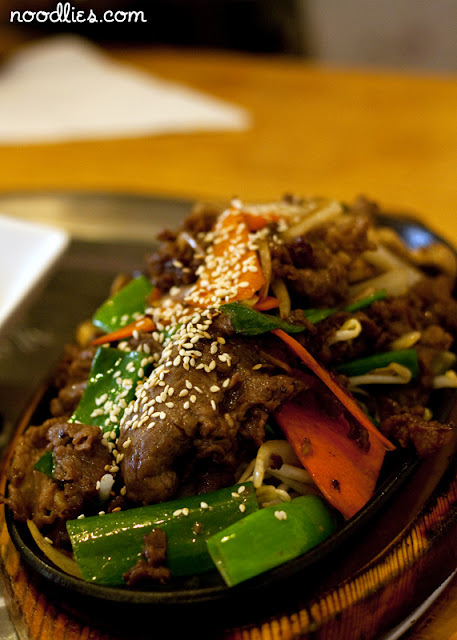 We usually order something relatively plain to cut the taste, usually sizzling korean beef.  It’s not chilli hot or heavily marinated, but of course, the subtle-ness is only relative, the garlic chives are delicious and the dish is overall very sweet.  A noodlies reader commented recently about becoming lethargic and having a racey heart after a Vietnamese meal, my advice, don’t come here!

But I love it at Ceci, it’s still not up there with the old Ceci – the owner who has since moved to the next suburb to open the delicious Burwood Korea House, but the new it’s still pretty good.

Korean food is taking over CBD Sydney, Strathfield, Burwood. There’s even a korean restaurant in Cabramatta!  Do you like Korean food?  Why?

Do you think Korea will over take Japan? 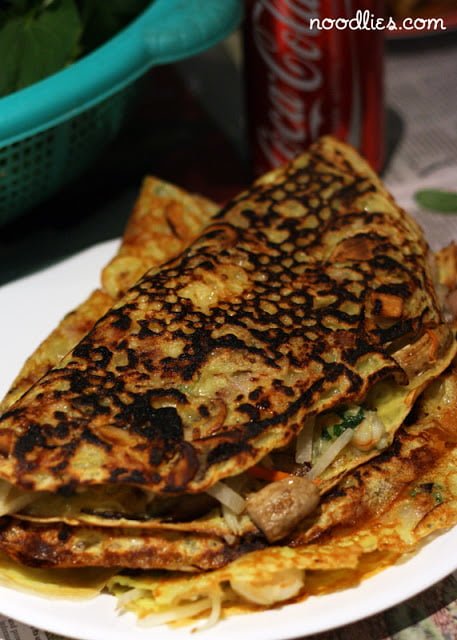 Banh Xeo: Home made and delicious!