This month is noodlies second anniversary.  noodlies Sydney food blog started as an online diary of our many lunches and dinners. Two years later, it’s still going strong – we still eat out just about every night and blogging is now a much more accessible medium.  To mark the occasion we went back to Trung Nguyen, the subject of noodlies’ first post: Quick Vietnamese Snack: Trung Nguyen.

Yes, Trung Nguyen has a new lick of paint and more severe lighting, but the decor is quintessentially Vietnamese restaurant; humble and almost comfortable with a mish-mash of clashing colours.  They still have the all you can eat hot pot, the prices might have gone up a tad, though on this visit, the crowds for hot pot have largely evaporated.

We placed our order.  I didn’t know it at the time, but amazingly Walter and I ordered the same dishes as we did two years ago! I ordered rice with pork chops and egg. It comes with pickles, cucumber and tomato and chilli fish sauce that really lifts and combines everything.  The quality is still the same after all these years. And it’s the same, Walter’s spicy lemongrass chilli chicken looks and tastes like it did two years earlier, even down to the bowl-shaped rice.

Do you order the same dishes at your favourite restaurants? Love to hear your thoughts.

Two years ago, Canley Heights didn’t really have much of a food reputation outside the local area.  These days Holy Basil is rated as one of the top restaurants in Sydney’s south-west and attracts a fair few visitors, even Tina’s Hot Bread is getting rave reviews from food critics.

And noodlies hasn’t changed that much over the years, the photos look more professional and I’ve worked out how to put ‘noodlies’ watermark on them.  And yes, noodlies have documented wonderful food in Sydney’s south west, greater Sydney, Melbourne, Brisbane and overseas: Thailand, Hong Kong, China, Laos, Cambodia, Korea to name just a few. Oh and noodlies has a tv channel on youtube.

But essentially, two years and almost 500 posts later, the noodlies philosophy of showcasing exciting food that’s less ‘mainstream’ is the same and I still get enormous joy and excitement from blogging.

Do you blog? What do you blog about? What’s your blog’s name? Let me know. 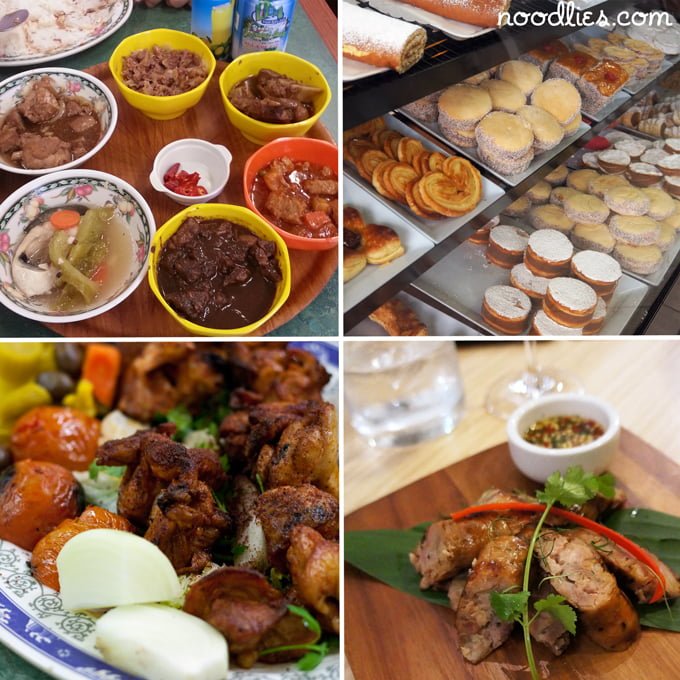