A video history of pork rolls

The French can take some credit for introducing many of the main ingredients – the colonial masters showed the Vietnamese how to bake bread rolls (banh mi), you know those  crusty, long rolls that’s slit from top to bottom and are golden outside and fluffy and light inside. Mayo and pate are also imported by the French. But the Vietnamese raised the stakes by shoving in different types of meat (thit), pickles and sauces. Thus banh mi thit, or Vietnamese pork roll was born.

How to make a Vietnamese pork roll (video)

As the community spread around the world, this special Vietnamese food has grown in popularity. In north America, lovers of banh mi thit share their passion through the Battle of the Banh Mi online community. In the UK, banh mi has been added to the Oxford Dictionary. This iconic Vietnamese east-meets-west food is known by many names:

Like the rest of the world, pork rolls were introduced to Australians by Vietnamese refugees. Pork rolls are usually a side business of Vietnamese hot bread shops, a few decades ago you could buy five bread rolls for $1 and a pork roll for $1.50. Viet Hoa is named after ethnic Chinese (Hoa) Vietnamese (Viet) refugee owners has been around for around three decades. Today there are two shops in Cabramatta including their first shop in John Street. It’s also the first to open 24 hours (there are just two in Australia), perfect for that late night pork roll craving.

These days it’s $1.50 for five bread rolls and $3.50 for a pork roll. See Viet Hoa pork rolls reviewed by a group of food bloggers below.

Pork roll spread to the general community as hot bread shops expanded outside the Vietnamese conclaves of Cabramatta, Bankstown and Marrickville. One of the first pork roll mentions in mainstream media is of Hong Ha in Mascot and Red Roll in World Square (also owned by Hong Ha but since closed) back in 2005.

Since then pork roll popularity has been growing steadily, with food bloggers pushing the cause and the prolific spread of Vietnamese hot bread shops.

During March last year, in a moment of weakness, noodlies decided to conduct a search for Sydney’s Best Pork Rolls. After six weeks of chomping and scoring pork rolls the winner was announced on 25 April, 2012.  See the video of the winning pork roll below.

Melbournians got their own list of the best pork rolls in town courtesy of Broadsheet. Then SBS Feast magazine asked noodlies to write a feature for the December 2012 issue of this national food glossy, below. In February this year, the pork roll publicity wagon got a major boost with an article in goodfood.com.au with their pork rolls picks in Sydney and Melbourne. In March this year, Channel 9’s Today show raised the PR stake with a 3 minute, 40 second feature on porks rolls below – broadcast nationally!

So, there we have it, a potted summary of the continuing rise of the humble Vietnamese pork roll.

Have you seen other pork roll publicity?

I’m sure there are many more pork rolls media mentions which I’ve missed. If you’ve spotted any, please share with a comment. 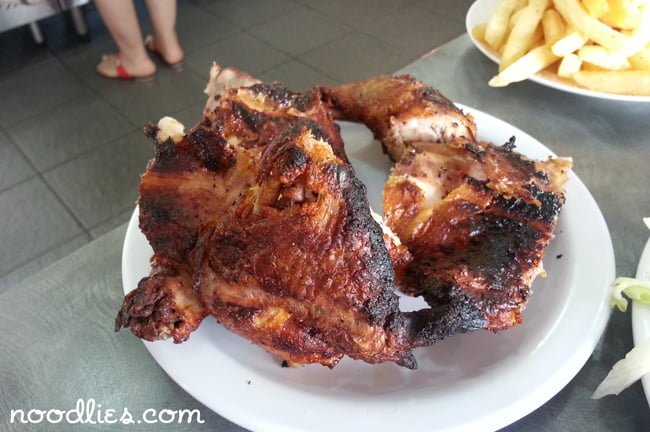