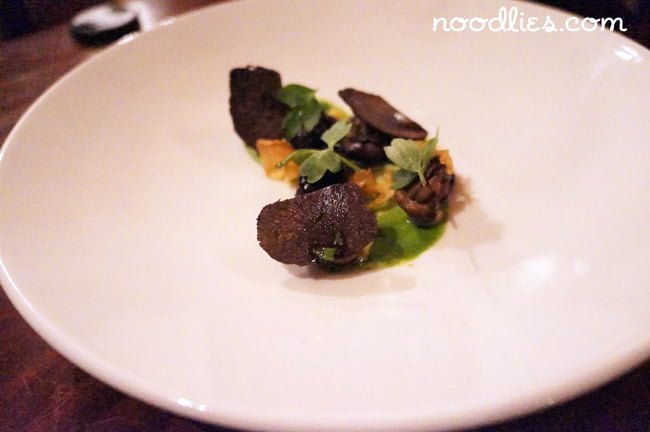 #TwitterDecides and it’s nose to tail

So there it is, a simple noodlies, Sydney food blog appeal to the twitterverse for some where to eat in Adelaide. Who knew #twitterdecides could be so much fun?

That whole week I’ve been ranting about offal, you know, trotters and of course, lamb testicles and the like. So when Phil Whitmarsh at The Daniel O’Connell promised offal, I had to come .

The Daniel O’Connell was first licensed in 1850 when it was the Commercial Inn and the present building was built in 1881. It’s been the local Irish Pub since the late 1990s until new owners who took over in February this year. While the Irish heritage has been retained, they have much greater culinary ambition for this much loved local institution.

Enter two young guns two who lead The Daniel O’Connell Pub & Dining kitchen team, Head Chef, Aaron Gillespie who started his career in Adelaide pubs at the age of 16 and Sous Chef Phil Whitmarsh, trained in some of the most notable kitchens of London and Paris. Together they set out to change locals’ view of pub food.

At first locals were shocked – the menu reflects the complete nose to tail philosophy, but the pair are unrepentant, maintaining it shows “respect for the animal that has given its life for the table by utilising the skills of the Chefs to serve portions of the whole beast”. The support local farmers and even butcher whole animals in house and avoid wastage. It might have shocked at first, but their concept has pedigree, St John Bar and Restaurant in London being an obvious example.

This suits noodlies just fine, growing up in Asia we slaughter and use everything, though I reckon it was out of hunger rather than respect for the animals.

Outside the pub is handsome with an imposing sandstone exterior. Inside it’s warm and welcoming, lots of timber and wood. The restaurant is an attractive furnished barn-like space at the rear. I landed only an hour ago from Sydney. I’m hungry, always hungry when travelling. I flick eagerly through the menu, pondering a-la-carte dining menu or the five course kitchen menu. I instantly like the matter-of-fact menu with simple headings: sea, garden, pork, beef and lamb. Then I’m told tonight, I’m at the mercy of Whitmarsh: “he’ll be sending dishes to you tonight” says my waiter. ‘Dead Romance’ Ox Heart, Oyster, Caper, Cornichons: my first course is heart break and defiance. Whitmarsh tells me later he moved to Adelaide to follow a girl, but within months they broke up, co-incidentally during the same time, Gillespie also broke up with his girlfriend. They document those times with ‘Dead Romance’, here the raw heart is cut into tiny cubes, even though it’s mixed with oyster aphrodisiac, that’s not enough to save the romance. She too is broken, the cracked egg contains just thick, oozing orange yolk. Everything about this experience is about breakage, to eat it properly you need to break their crusty exterior to reveal the raw, tender heart. Tripe, steak, onion: I’m loving the unpretentious name. If I had to pick, this would be my favourite of the night. The rare steak makes me dizzy on first bite. Thickly cut it’s solid, yet tender – the steak is allowed to be itself, simple, naked. This is the best piece of steak I’ve eaten. Everything else about this dish, even the onion is subtle but that’s the point, allowing you to witness their unadorned flavours. Snail, garlic, truffle: an impossibly delicate and beautiful thing to behold – a breathtaking contrast of foraging finds; worthless snails and prized truffles. I’m expecting the snail to be squishy but these are well cooked with a faint hint of garlic. Together with the generous slivers of truffle, it’s an earthy, gritty experience. Woodside chevre, almond, quince: ultra creamy cheese dollop is smoother with grated almond. Just when I think it’s too deliriously rich, I slip another sliver of quince in my mouth and am ready for more, more more. This would have been my favourite dessert, had it not been for the lamb fat sweet bread (sigh). lamb fat sweet bread: it wouldn’t be something I’d order off the menu for dessert. But now I’ve had it, it’s my favourite sweet treat of the night. I don’t remember the other ingredients, just that remarkable savoury-sweet lamb fat with fleshy consistency. Savoury, yet sweet. Sweet but savoury. A perfect ending. An elegant reminder of The Daniel O’Connell’s nose to tail philosophy. This puzzling, paradoxical dish serves to jolt the senses. I’m now ready for the road. I would have given Whitmarsh and his team all the money I had in the wallet that night for the engrossing eight course feast with matching wines. But they would only accept $65 – the cost of a five course kitchen menu. So sincere thanks to Phil and The Daniel O’Connell team. 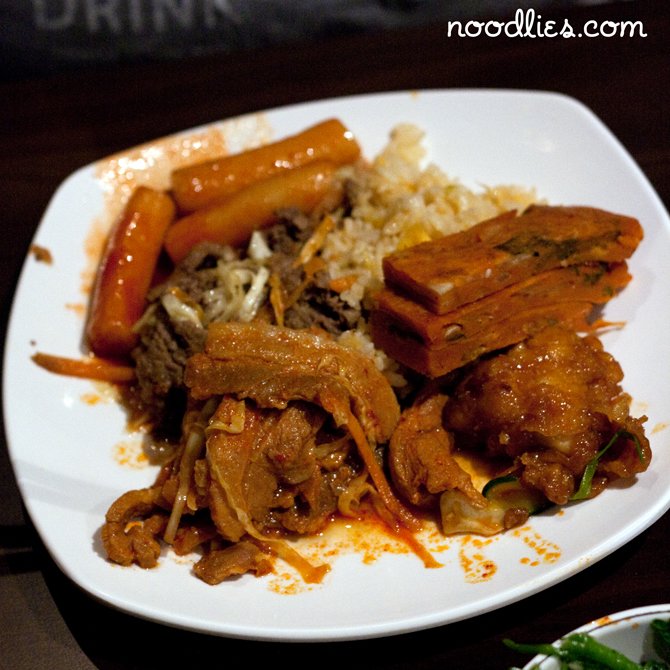