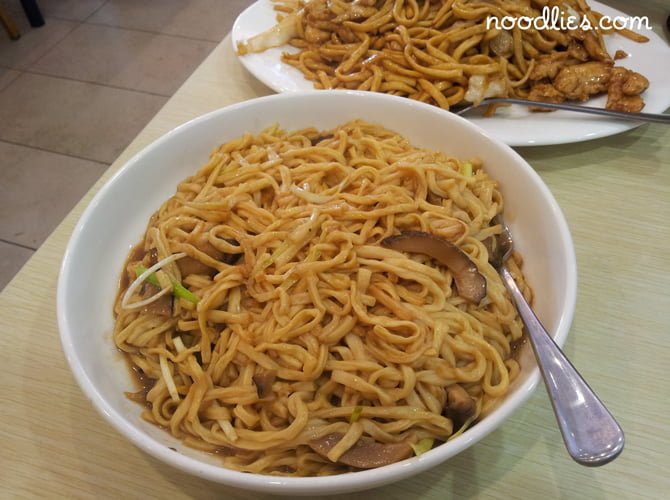 Noodlies checks out the latest new restaurant in town.

I wrote back in October 2011 about the invasion of chain restaurants including Subway, Gloria Jeans, Domino’s Pizzas, and momentum seems to be still building.  Since that time, there’s been a flood of new entrants, MeetFresh, Sub Zero, Moochi, Gong Cha, the list goes on…

It’s not just the fast food and dessert chains, Chinatown is rushing west too – first it was Super Dish, now the ‘original’, Superbowl opened this month on the site of a former grocery store, up the top of John Street, near bustling Tan Viet.  It’s a huge site, double fronted and deep.  Long queues formed the first few weeks as locals check out the latest eatery and take advantage of the 20%-off opening specials.

A few weeks have gone by and the discount and long queues  have both gone.  It’s a little concerning given other eateries including Tan Viet are still packed.

Step inside and you immediately appreciate the cavernous space, deep and high, made even more stark with plain tables and walls.  In fact there’s nothing on the sensible beige walls, I found it all a little disconcerting.  The staff are mainly young Chinese from the mainland and speak neither English or Vietnamese.  You can get away with that in Chinatown, but Cabramatta punters aren’t happy. I see what they mean, a request for a napkin required several attempts and many quizical looks before a new box of tissues arrived. My e fu noodles (above) comes in a wide and deep, plain white dish, it’s a huge serving.  It looks similar to Walter’s fried handmade noodles with chicken below.

And so we sit down to a table of golden brown.

My flat e fu noodles is not much to look at but I do like their strong, yet delicate texture, you feel like you need to handle it with respect.  Chinese mushrooms and shallots together with a light soy sauce at the base of the dish cut the noodle-starchiness.

The handmade noodles are sturdier, they look pretty regular detracting from the handmade appeal. This mono-colour dish is also bound together with oil, lots of it, glistening, glossy fried oil, with bits of fried cabbage too few and far between. Superbowl is an institution in Chinatown riding to success with cheap, cheerful Cantonese that’s open all hours. That formula is found wanting in Cabramatta, Superbowl isn’t cheep, $13.80 for my noodles is decent, but you’re in cheap-cheap Cabramatta, and judging by the service and my cashier, it’s also not cheerful.  Hiring Chinese staff works when you’re in Chinatown, it’s part of the charm, in Cabramatta where the old folks only speak Vietnamese and the second generation speak with a thick Aussie accent, Superbowl is left in no man’s land.

It comes off second best in comparison to Super Dish, which has a classier decor and friendlier staff.

The late Chinatown hours, Superbowl is open seven days from 8am until an incredible 2am, is a plus.  But even here, I’m not sure if there will be enough late night revellers in the ‘burbs. Prove me wrong: have you been to Superbowl in Cabramatta? What do you think? Leave me a comment.