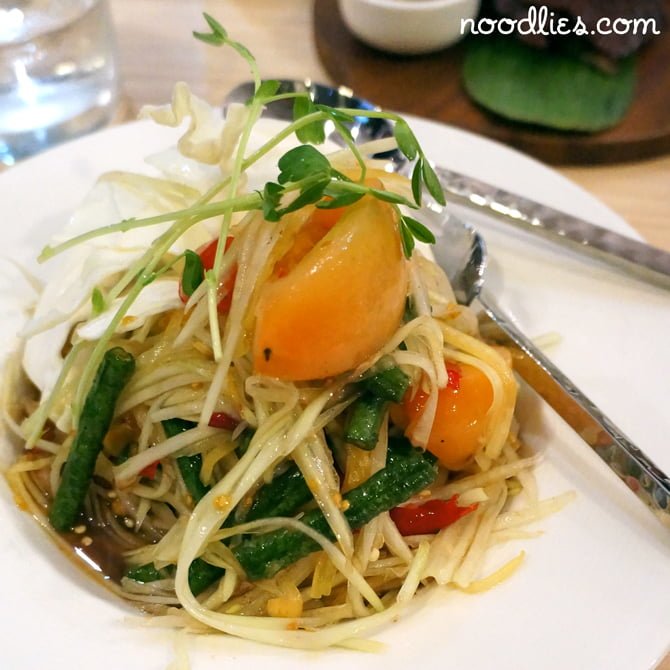 For years, Tona has managed front of house for Tony at Holy Basil.  Now Tona is branching out with Green Peppercorn, he’s general manager, sister, Nicky is head chef.  Green Peppercorn is located in the Fairfield Hotel, under new owners for the past 12 months.  Campbell Rogers, the hotel’s general manager is particularly excited at this innovative collaboration.

Restaurants in the local area have built success on great food and low prices, just don’t expect fancy service or flash decor.  Holy Basil changed all that, in a review back in October 2010, noodlies said of the new upstart “…This Thai-Laos restaurant oozes inner city sensibility in the heart of Sydney’s south west.  Stunning decor, attentive service, a Maître d’, unheard of luxuries in Canley Heights.  And the locals are lapping it up”.

Green Peppercorn is looking to take it up another notch; taking the “inner city sensibility” to the heart of Fairfield – yes, stunning gold and silver Apsaras abound and you’ll find an actual, working tuk tuk on display.  And that sophistication comes with sophisticated hours, Green Peppercorn includes Sugacane Dessert Bar which will open late serving up exotic cocktails like lychee martinis and a range of desserts.

Tona is proud of his Lao heritage, he says the first Lao restaurants started in Fairfield and now he’s taking his new venture back to where it all started.

Noodlies, Sydney food blog got an exclusive, pre-launch menu tasting consisting of 14 dishes and a one-on-one with the charming Tona (see noodlies featured video above). The first dish seduces me right away and screams authenticity.  Dried beef is hugely popular across south-east Asia but rarely mentioned in reviews of Lao-Thai restaurants.  It’s literally home made by Tona’s dad and brought to the restaurant.  Chewy, salty and sweet the dried beef is best enjoyed with a glass of icy cold Asian beer; there’s a good range to choose from, Singha (Thai), 333 (Vietnam) and of course, Beer Lao. The chicken satay is delicate, tender but with delicious crunchiness that comes the burnt edges. Satay and coconut sauces are not too overpowering, allowing you to taste the chicken. The som tum (green papaya) salad most people are familiar with is the Thai version. Tonight we have both, but I’m particularly fond of Lao som tum, distinguished by use of fermented fish paste that renders the sauce a dark brown colour.  It’s a much more pungent, spicy and for me, far rewarding experience. Duck salad is one of my fav dishes, the strong, gamey duck is a great contrast to the abundant fresh, zesty vegetables and herbs.  Tonight the duck is a little fatty but I’m told it’s been bought in, when Green Peppercorn opens the duck will be bbq in house. Charcoal chicken is taking over restaurants in the area, it started with Hai Au in Canley Vale, now diners can enjoy tender, smoky chicken cooked with Green Peppercorn’s own charcoal cooker. I’ve never been much of a fan of fried quail, an unfortunate exposure to dry, oily birds at Chinese wedding banquets.  Here, it’s crisp and maintains a terrific balance between being too bony and too meaty.  Dunk in the chilli fish sauce and it’s a delicious spicy change from the usual salt and pepper dip. Crying tiger is another popular standard, thin slices beef that’s a little fatty, marinated in a salty, sour and spicy sauce.   The fatty cut works much better with the range of strong and diverse flavours in this dish.  Ask for extra chilli to literally experience crying tiger. Basil chilli chicken (pad kha prow) is another crowd favourite.  I’m not a fan of the thick, overly spicy sauce at some other places.  It’s almost perfect here, strong tastes and texture without the heavy-handedness allowing you to still taste the fresh ingredients. Tom yum goong (prawn) is delicate amazingly refreshing, clear soup with the ingredients lightly cooked retaining their flavours.  You’ll notice it most in the prawns which are firm and brightly coloured retaining a strong seafood taste. Nem khao is one of my weaknesses, while it’s lesser known, when we introduce it to friends they become instant converts.  This fried rice is crunchy and contains ‘nem’ – spicy, pickled pork. Sugacane Dessert Bar, part of Green Peppercorn is destined to be a hit with clever east-meets-west delights.  I’m told the deconstructed fried ice cream made famous at Holy Basil will be on the menu.  But it’s the pandan desserts that have me intrigued.  The jaw-dropping, stunningly beautiful pandan creme brulee has to be seen to be believed.  The dish is large, but shallow so you’ll get the full brulee crunchiness.  While the colour looks fierce, the pandan taste is subtle.  This brulee will be an immediate hit. Can you get more east-meets-west than pandan macaron with home made pandan and coconut ice cream?  While not as spectacular as its creme brulee cousin, this dish is no less stunning.  Gooey macaron, very lightly flavoured with pandan meets lightly coloured ice cream that is full of flavour from both coconut and pandan.

Holy Basil started the trend of great food, plus great decor and service, in the process becoming an instant hit,especially with the younger crowd.  These diner want the complete package and they’re willing to pay for it.  Green Peppercorn takes the experience further with a dessert bar, cool cocktails at a new, late night venue conveniently located in Fairfield CBD.  Conscious of the younger, social media sassy customers, Green Peppercorn is already on facebook, while still a week out from the grand opening, already has over 500 ‘likes’.

I know Green Peppercorn is still a week from opening, but I’m calling it early: this place will be a hit.

This exclusive, pre-launch menu tasting experience was courtesy of Green Peppercorn and the Fairfield Hotel. 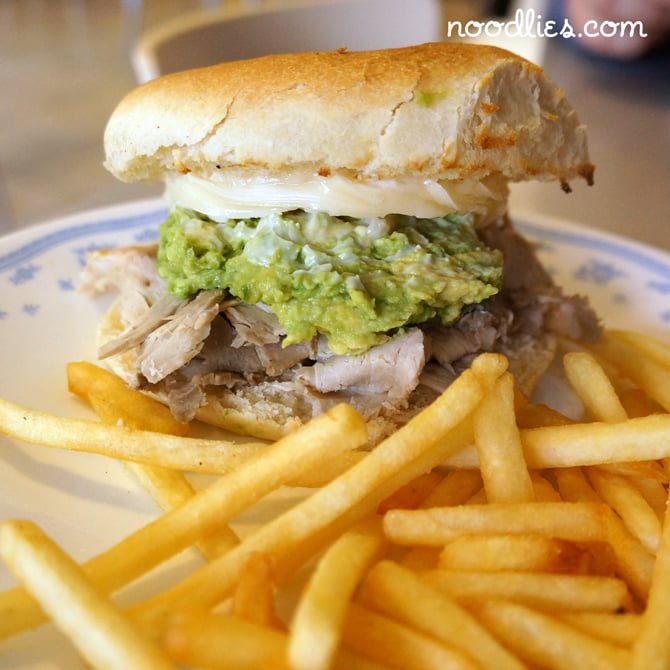 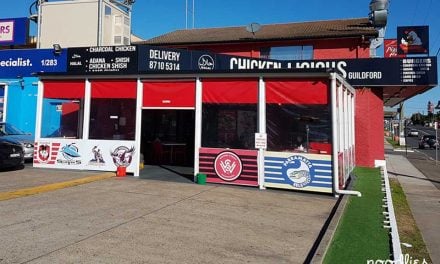 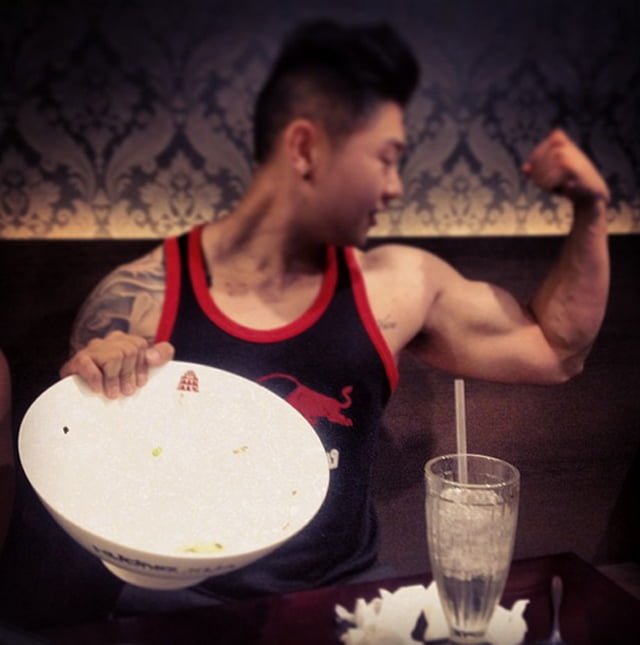