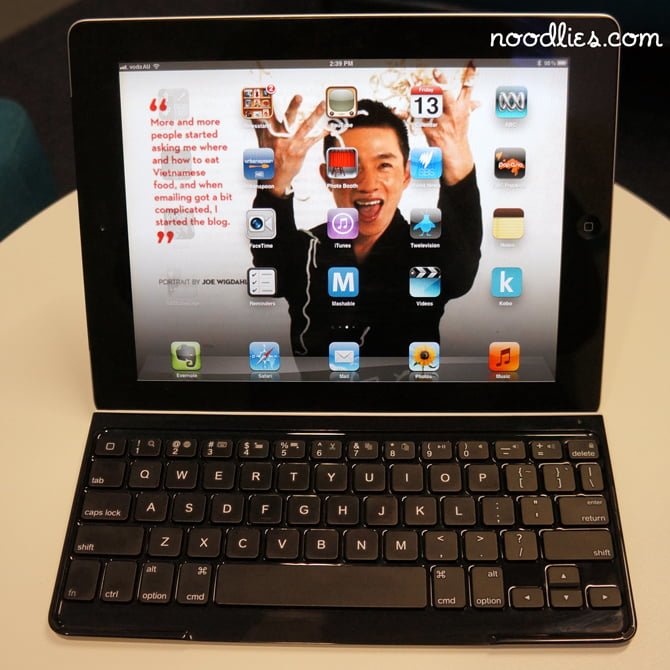 When I bought the iPad it was only ever meant to be a media consumption device. For emails, sms, instagram I use my smart phone, to write posts, edit pictures and videos I use Junior, my Lenovo laptop.

But then things started to change. I discovered Evernote, I reckon this has to be the most valuable electronic productivity tool around. Right now, it boasts 25m registered users and growing. As Evernote says, it saves ideas, things you like, things you hear, things you see and makes them accessible across just about every computer, tablet and smart phone out there.

Because of Evernote, my iPad is with me everywhere:

All this means my iPad is and active, content creation device.  So now, I need a decent keyboard. Enter the Logitech Ultrathin Keyboard Cover for iPad.   And gosh it is thin, thinner and lighter than an iPad, it doubles as a keyboard/stand and iPad screen cover.  Logitech are experts at making keyboards and it’s immediately apparent; the keys are responsive, fast, quiet and comfortable.  The keys are closer together than on a laptop, but takes no time to get used and soon I’m typing at speed – an impossible dream with the iPad digital keyboard.  The function keys are useful short cut buttons such as copy, paste play, home etc.

Similar to an iPad Smart Cover, the Ultrathin cover attaches quickly via a magnetic clip. Also like the Smart cover, it turns the iPad off when the cover is closed and on when opened.  To use, detach from the clip and insert into the silver magnetic strip above the function key.  The Ultrathin is charged using a PC USB port.  According to Logitech, it will go for six months on a full charge. It all works with bluetooth so there’s no messy wires or connections either.   The Ultrathin works with both iPad 2 and third-gen, New iPad. An open and shut case:

A few things to bear in mind:

If you use your iPad to write emails, meeting notes or even just commenting on blogs and websites, then you should consider the Logitech Ultrathin Keyboard Cover for iPad.  The Ultrathin is ultra sexy and the keyboard is the best in the business.  For interstate travel or overseas holidays an iPad and Ultrathin might just be the lightest and most compact proposition.

Logitech Ultrathin Keyboard Cover for iPad retails for $99.95 and will be available in Australia from August.

Logitech is a supporter of noodlies, Sydney food and travel blog and provided the Ultrathin Keyboard Cover for noodlies use and review. 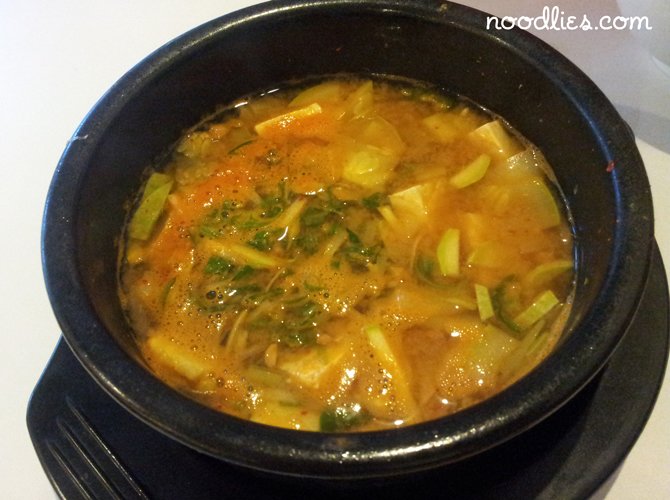 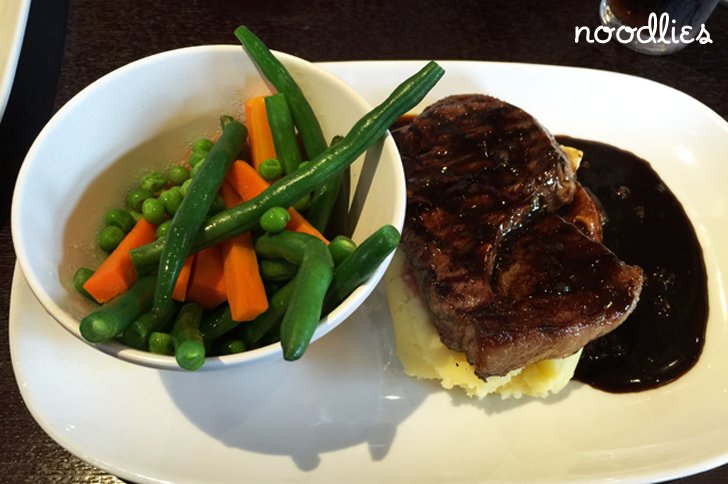