For roti, satay, curry, this Malaysian institution is the favourite for many Sydneysiders and food bloggers.  For years I’ve been wanting to go but the queue outside this phenomenally popular restaurant have just been too long (I have a major aversion to queuing).

Today, by some freak of nature, we were walking past and there was no line – I even took a picture (above) to prove I hadn’t gone crazy from Mamak deprivation.  We quickly slid inside as fast as we could.

The other thing I was dreading was the service, for a place with a reputation like Mamak,  I was expecting tossy, unhelpful staff. Not so.  They were all efficient, warm, almost to the point of being friendly, despite the frantic pace that comes with such a consistently busy restaurant.

We ordered up big, four courses for two people, not knowing when we can manage to get into Mamak again, queue-free. 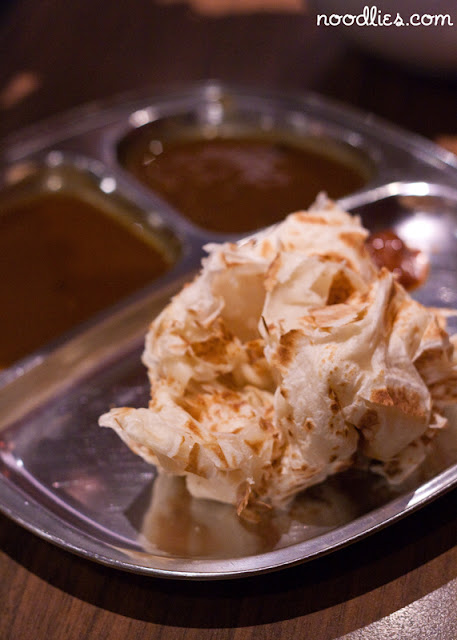 Mamak’s roti is hailed as the best around so we had to order it.  Besides seeing them made in the open kitchen has only increased my curiosity (see video below).  It came as a light, tasty ball, ready to absorb the incredibly tasty range of sauces and sambal that came with it.  And it came out incredibly fast.

We also had the onion roti below. The onion roti was flat, the onion wasn’t as strong as I was expecting, in fact it was cooked perfectly so that the onion became sweet and provided an additional, light punch to the roti. 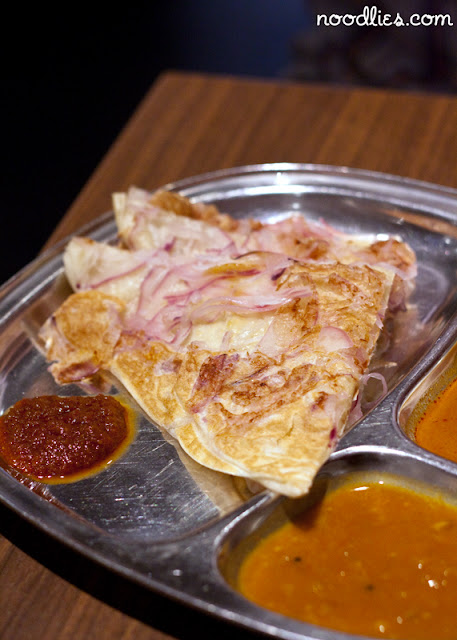 My pet hate is under cooked potato in any curry, I’m astounded how often this happens, perhaps in the rush to get the dishes out to table?  Not so at Mamak, the potatoes were perfect, cooked but not crumbly, similarly with the chicken, which weren’t falling off the bone. 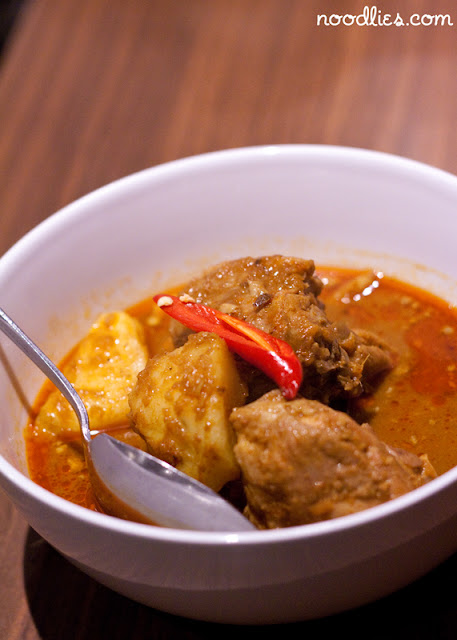 Finally, the stunningly presented chicken satay sticks.  Our dozen was well cooked on the outside but retaining the softness inside.  They glistened and begged to be dipped in the sauce, which wasn’t as hot as I was expecting, the flavour and consistency was dominated by the peanuts in the sauce. 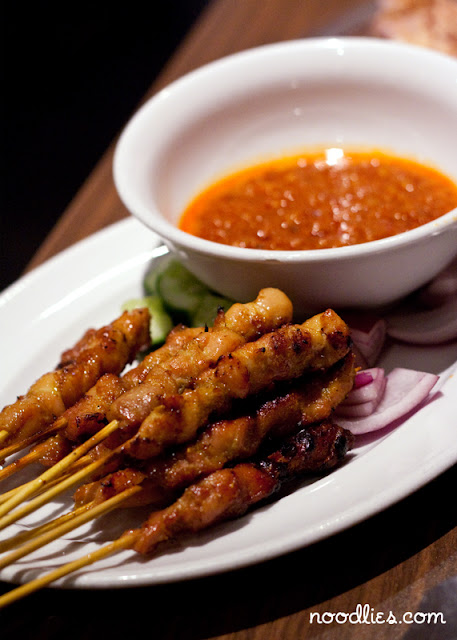 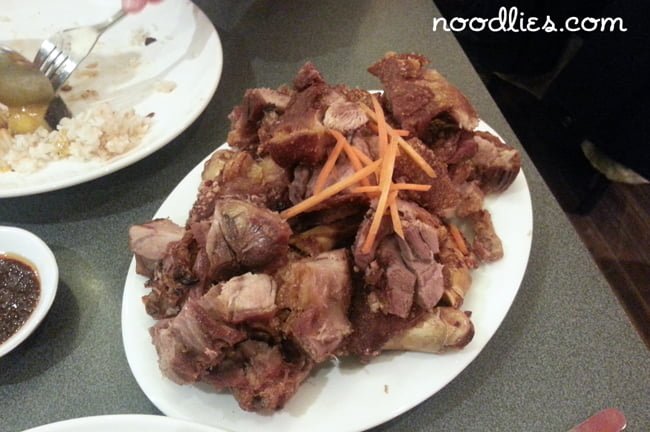