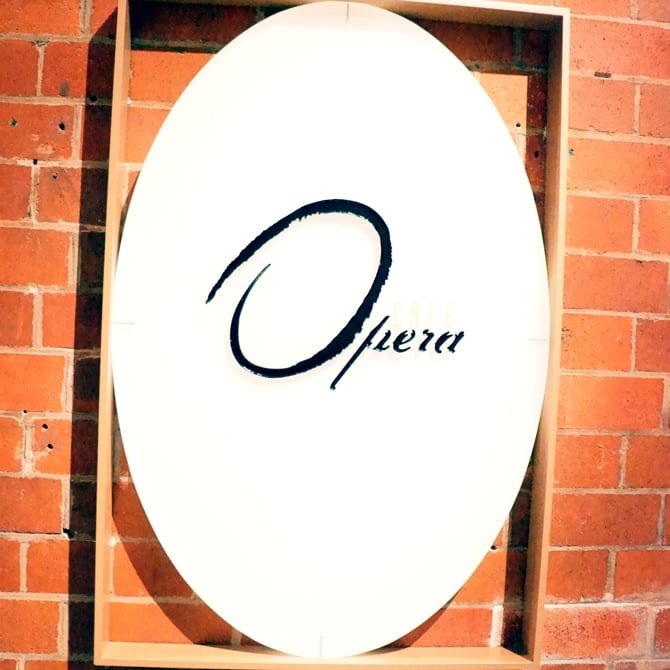 A Taste Of... at InterContinental Sydney to showcase some of Australia’s best produce.

Sydney’s undisputed king of butter Pepe Saya has been called on by the chefs at InterContinental Sydney’s as the first producer to feature in a new series of seasonal culinary experiences. Available February 25 to March 17, the A Taste of Artisan Butter with Pepe Saya experience features canapés and four courses, such as Shiro Kin Wagyu beef with truffle beef pie (see video below), butter roasted airloom carrots and crisp dumpling and a kouign amann dessert, using Pepe Saya’s velvety mascarpone, golden apple and salted caramel ice cream. Each dish will be complemented with wines from around Australia

The talented chefs have been utilising the locally-made butter in the hotel’s fresh market-style Cafe Opera restaurant since Pepe Saya’s full scale production began in Sydney’s Tempe in 2011. It was from this humblest of ingredients, and a desire to showcase the finest local and seasonal produce, that the chefs created the A Taste Of concept.

“We have a great relationship with Pepe Saya, whose passion for local produce and top quality cuisine mirrors our own,” Julien said.

“His beautifully-made butter already has a cult following among Sydneysiders, but the way in which they will experience it through the new A Taste of Artisan Butter degustation will be something new altogether.  Growing up in Brittany in France, I was raised on butter. I used this experience to create a menu of traditional Brittany dishes which will be new to many Australian palates in terms of taste and texture.” A Taste of Artisan Butter with Pepe Saya is the first in InterContinental Sydney’s new A Taste Of series, whereby the chefs have selected their favourite local producers to celebrate across four themed degustation experiences.

Each of these seasonally-focused menus will be available for a limited duration at different stages throughout the year.

Other degustation dinners include: A Taste of WA with Marron Crayfish (May 6 – May 26); A Taste of Perigord Truffles by Lowes Mount Truffiere (July 1 – July 28); and A Taste of Native Bush Tucker with Outback Pride (October 21 – November 10).

Available for $85 per head or $115 with matching wines, A Taste Of dinners will be served from 6.00pm in Cafe Opera, located on level one of the hotel’s stunning circa 1851 Treasury Building. Guests can enjoy the experience in the elegant main dining room or alfresco in the dining court of the hotel’s historic sandstone arcades. Bookings are essential.

This noodlies, Sydney blog experience was courtesy of InterContinental Sydney.

Pepe Saya butter is lovingly crafted by artisan producer Pierre Issa. Born to an Australian/Scottish mother and a Lebanese father, Pierre is a food lover who enjoys making products traditionally, with love, and without cutting corners.

Pierre devised the Pepe Saya brand in 2010 after mastering his butter-making hobby. The product first went to the market in June 2010 before going into full scale production in 2011. Pepe Saya began supplying nationally in January 2012.

Pepe Saya is the ‘alter ego’ of Pierre Issa. The name comes from his nickname ‘Pepe’ which was imparted on him by his beloved grandfather whom, as a child, Pierre would watch spread butter thickly onto his bread. ‘Saya’ is a made up word which according to Pierre is representative of an island in his mind – an escape to calm and tranquillity.

Pepe Saya’s butter is lovingly made by a small team at his factory in Tempe. Pierre lives with his wife (who he likes to call Mrs. Pepe) and his two children in Sydney’s inner west.

After arriving at Pepe Saya’s factory, the cream is cultured over a two week period before being churned into butter. The butter is then washed and hand kneaded with Australian salt flakes before being individually foil wrapped.

Pepe Saya butter is a deep yellow colour, attributed to the fact that the cream used by Pepe Saya comes from grass fed rather than grain fed cows. The yellow pigmentation comes from beta-carotene which is ingested by the grass fed cows and not the grain fed.

Jeff and Carol Proctor have been farming marron for over 20 years. In 2010, the couple launched Western Australia Marron, a marketing co-operative representing marron farmers in the region. Jeff and Carol continue to farm marron at their farm, The Advance, approximately 200 kilometres south of Perth.

Marron are farmed in clay-walled ponds filled with fresh water. Marron farming has two seasons, after eight months of ‘trapping’, the farms have a four month ‘drain-down’, period whereby the  water is drained from the ponds and the marron are harvested by hand. The marron are then transported into ‘purging tanks’ before being cooled and packaged for sale.

Western Australia produces approximately 50 – 60 tonnes of marron per year. Jeff and Carol’s farm, The Advance, produces four-and-a-half tonnes annually and their co-op WA Marron represents over 50 per cent of the total state production.

Owners, Sue and Col Roberts, established the truffiere on their farm in 2002 as an ambitious ‘retirement’ project. A forester by profession, Col has extensive experience in tree growth which contributed to his interest and success as a truffle producer.

After a few years establishing successful growth, the hard-working couple commenced commercial production of the truffles in 2008. Lowes Mount Truffiere is a small scale production with a farm of approximately 500 trees (in comparison, Australia’s largest truffle farm, The Wine and Truffle Co. in Western Australia have approximately 13,000 trees).

The Roberts’ black Labradors, Morris and Sully, are integral members of the family and the business helping to seek out the elusive truffle.

Lowes Mount Truffiere’s black Perigord truffles are similar in taste to their French counterparts. Truffles have a strong aroma an earthy flavour that enhances many foods and are best grated or sliced thinly over hot dishes.
The truffles are harvested for just three months of the year, from June through to August, making them a highly seasonal product. Once removed from the ground, truffles are best eaten within seven days but can also be preserved or frozen.

Mike and Gayle Quarmby established the Outback Pride project in 2001 following the tragic loss of their 20 year old son. The couple wanted to become a positive influence on the lives of other young people and believed that the Indigenous youth of remote communities were the most in need.

Outback Pride is based out of the Quarmby’s home in Reedy Creek South Australia and the network includes farms in 26 remote Aboriginal communities.

Since forming Outback Pride, Mike and Gayle have driven hundreds-of-thousands of kilometres to the communities where they have helped plant over 500,000 bush food plants.

Mike and Gayle’s Reedy Creek Nursery is a wholesale nursery which produces much of the fresh bush leaves and other Outback Pride produce. The nursery also provides the base for research and development of the Outback Pride project.

Many of the native bush foods rely on specific conditions to flourish and cultivating them on a large-scale is uncharted territory. The Quarmbys and their co-op farmers face a lot of trial and error and with that comes rewarding successes but also some failures. For example, a number of the bush foods are desert plants so overwatering is an easy mistake.

Sea parsley, featuring in A Taste Of with Paperback smoked emu and Margaret river oyster, grows along Australia’s south coast and has the appearance of shiny, dark-green parsley. The sea parsley’s coastal location with exposure to the salt water, sand and sea weed is what gives it its special flavour. This fresh, oceanic flavour lends the sea parsley to seafood, soups, dressings and white sauces.

The tart flavours of Quandong bread, which will be showcased as an accompaniment to macadamia crusted kangaroo. An important, traditional Aboriginal fruit, Quandong are small, red fruit with a high vitamin C content. Quandong grow on small trees in the desert and are ready for harvest in spring. The pleasantly sharp tasting flesh is suited to savoury sauces as well as a desert sauce or jam.

Finger limes, grown in sub-tropical northern NSW and Queensland, are used to complement olive oil poached crayfish. The brightly-coloured finger limes are filled with dozens of tiny beads that contain the citrus juice. As well as being enormously flavoursome, the beads, which are similar in appearance to caviar, enhance the visual appeal of a dish. 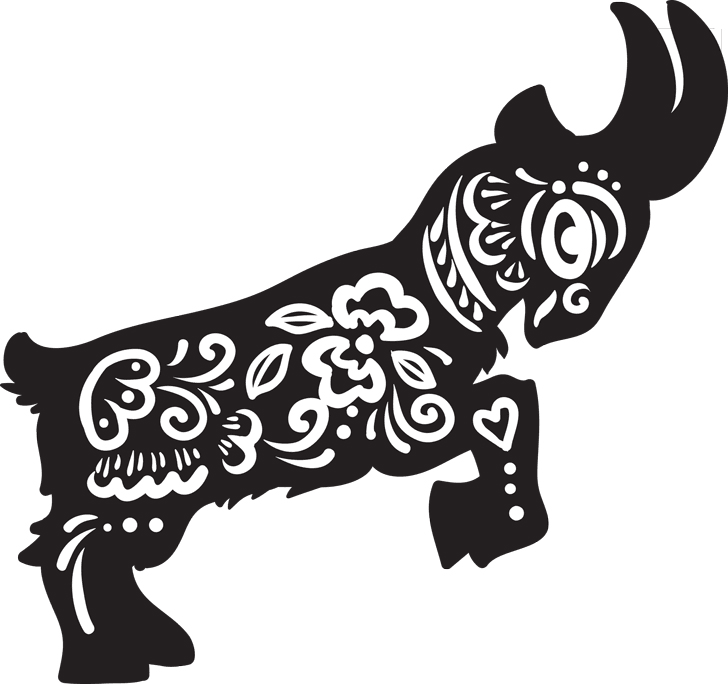 Where are the Chinese New Year Festivals in Sydney 2011? 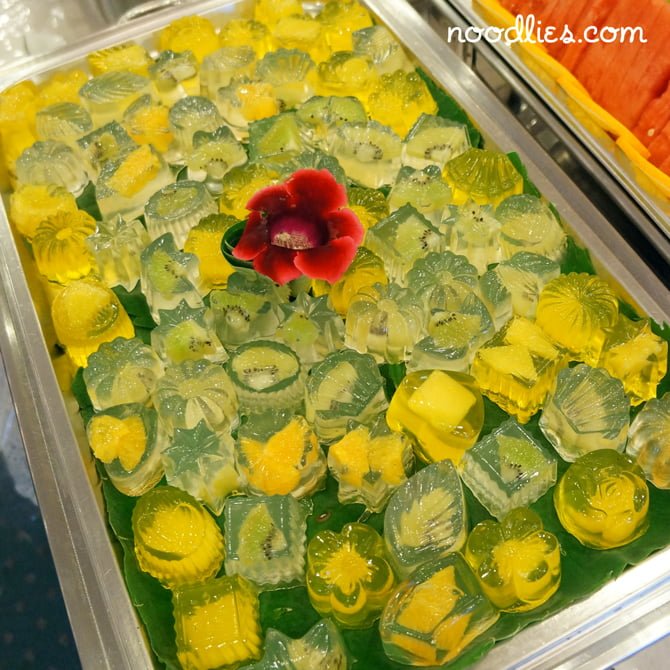