It’s a changing of the guards

El Celler de Can Roca, Spain have claimed the number one spot on The World’s 50 Best Restaurants denying René Redzepi’s Noma, Denmark who has taken out the prize for the past three consecutive years.

As Ben Shewry’s Attica takes out Best Restaurant in Australasia and ‘Highest New Entry’ award, debuting at no 21, Peter Gilmore’s Quay drops to 48th.  David Thompson’s Nahm in Bangkok was a tentative member of the top 50 last year at no 50, this year jumps 18 place to 32. Tetsuya’s and Marque are off the top 100 list completely.

Is there a changing of the guards? Well according to veteran Fairfax food reviewer, Terry Durrack is quick to dismiss the results “There is precious little difference between a best restaurant list and a political poll”.

Details below from the press release.

§ Attica wins Best Restaurant in Australasia and takes home the ‘Highest New Entry’ award, making its debut on the list at no.21

§ David Thompson climbs 18 places to no. 32 on the list with Nahm in Bangkok

§ Brett Graham at The Ledbury in London moves up one place to no. 13

After seven years waiting in the wings, the Roca brothers have claimed the coveted number one spot on The World’s 50 Best Restaurants list, sponsored by S.Pellegrino & Acqua Panna.

El Celler de Can Roca in Girona has long been hailed as one of Spain’s most exciting places to eat and having spent two years at no.2 on the list, it has swapped places with Denmark’s Noma, which held the top ranking for the last three years.

The Roca brothers’ restaurant has gained global acclaim for its combination of Catalan dishes and cutting edge techniques and the passion that they share for hospitality. Joan heads up the kitchen, Jordi is head pastry chef and Josep is head sommelier, in charge of front of house. Together they make a formidable team, creating a truly memorable dining experience.

El Celler believes in free-style cooking, with a commitment to the avant-garde, but remaining faithful to the memory of different generations of the family’s ancestors, all dedicated to feeding people. Its philosophy is one of ‘emotional cuisine’, with different ingredients chosen to take diners back to childhood memories and a specific place in their past.

Supported by El Celler’s rise to the top spot on the list, Spain continues to dominate the top 10 with San Sebastian’s Mugaritz at no.4 (Chefs’ Choice award in 2012) and Arzak (Elena Arzak Espina – The Veuve Clicquot World’s Best Female Chef 2012) remaining at no.8. The country has five restaurants on The World’s 50 Best Restaurants list in total. Quique Dacosta who is renowned for his eco-cuisine and sits amongst the Spanish avant garde giants, climbs 14 places to no.26. Asador Etxebarri features at no. 44 on the list.

Melbourne’s Attica wins The Acqua Panna Best Restaurant in Australasia award and takes home the Highest New Entry award, sponsored by LesConcierges.com, making its debut on the list at no.21.

Executive chef Ben Shewry has carved himself a reputation for respecting nature and the environment, and working carefully with ingredients to demonstrate their pure flavour and texture. Believing a chef should express himself through his cooking, Shewry takes his own experiences and memories, often from childhood, and attempts to portray them through several dishes on Attica’s tasting menu. The result is a playful yet humble reminder of all that Mother Nature has to offer.

Peter Gilmore’s restaurant Quay, overlooking Sydney Harbour, ranks no. 48 and appears on the list for the fifth consecutive year. Gilmore prides himself on being one of the first chefs to refocus on the natural world and an organic aesthetic and describes his cuisine as ‘food inspired by nature’. Renowned for his signature dishes, such as the white nectarine snow egg and pig jowl with maltose crackling, Gilmore is a leader in culinary craftsmanship.

Australian-born chef David Thompson’s Nahm in Bangkok climbs 18 places to no.32. Earlier this year at Asia’s 50 Best Restaurants in Singapore, Nahm placed no.3 on the list. David is renowned as a world authority on Thai food. He established himself with Darley Street Thai in Sydney, a restaurant that opened in 1991 and was voted ‘Best Thai Restaurant’ by the Sydney Morning Herald eight years in a row. It is a remarkable achievement for an Australian chef cooking a foreign cuisine to rank third in Asia’s 50 Best Restaurants 2013 and 32nd in the world.

Brett Graham, born and bred in Australia, wins the no.13 place for his Notting Hill, London restaurant, The Ledbury, which is up one place from last year. Brett began his cooking career in Newcastle, New South Wales in a simple fish restaurant before moving to Sydney, where he won the Josephine Pignolet Award, which granted him a trip to the UK. The Ledbury is renowned for exceptional service standards and his low-key but refined cooking style.

Spain’s counterparts in South America also have plenty to celebrate with Peru’s Astrid Y Gaston rising 21 places to be crowned the ‘Highest Climber’ on the list, an award sponsored by Gaggenau. The continent has six restaurants on the list with Alex Atala’s D.O.M at no. 6, once again named The Acqua Panna Best Restaurant in South America. The evolution and strength of Latin American gastronomy has called for continent specific recognition and William Reed Business Media is proud to announce it will be holding Latin America’s 50 Best Restaurants Awards in Peru this September, sponsored by Cusqueña with the support of PromPeru.

This year’s European highlights include Italy’s Osteria Francescana rising two places to number three on the list and Nadia Santini from restaurant Dal Pescatore in Italy being named The Veuve Clicquot World’s Best Female Chef. France boasts six restaurants in the ranking with culinary legend Alain Ducasse being honoured with this year’s Lifetime Achievement Award, sponsored by Diners Club International®. The UK contingent remains the same with last year’s highest new entry, Dinner by Heston Blumenthal, rising two places to no.7, Brett Graham’s The Ledbury up one place to no. 13 and The Fat Duck ranked at no.33.

With six restaurants on the list, the USA remains a key international culinary force, matching France as the country with the highest number of restaurants on this year’s list. Best in class goes to Eleven Madison Park, no.5 on the list and taking the award for the Acqua Panna Best Restaurant in North America, from fellow New Yorker Per Se, which ranks at no.11 this year. The individual Chefs’ Choice Award, sponsored by Silestone by Cosentino and voted for by the chefs within The World’s 50 Best Restaurants list, goes to Grant Achatz of Alinea in Chicago, which ranks at no.15.

Well that’s the end of this special edition of noodlies, Sydney food blog’s first Quick Bytes. Did you find it interesting? Leave your thoughts and suggestions in the comment section. 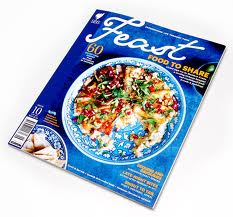