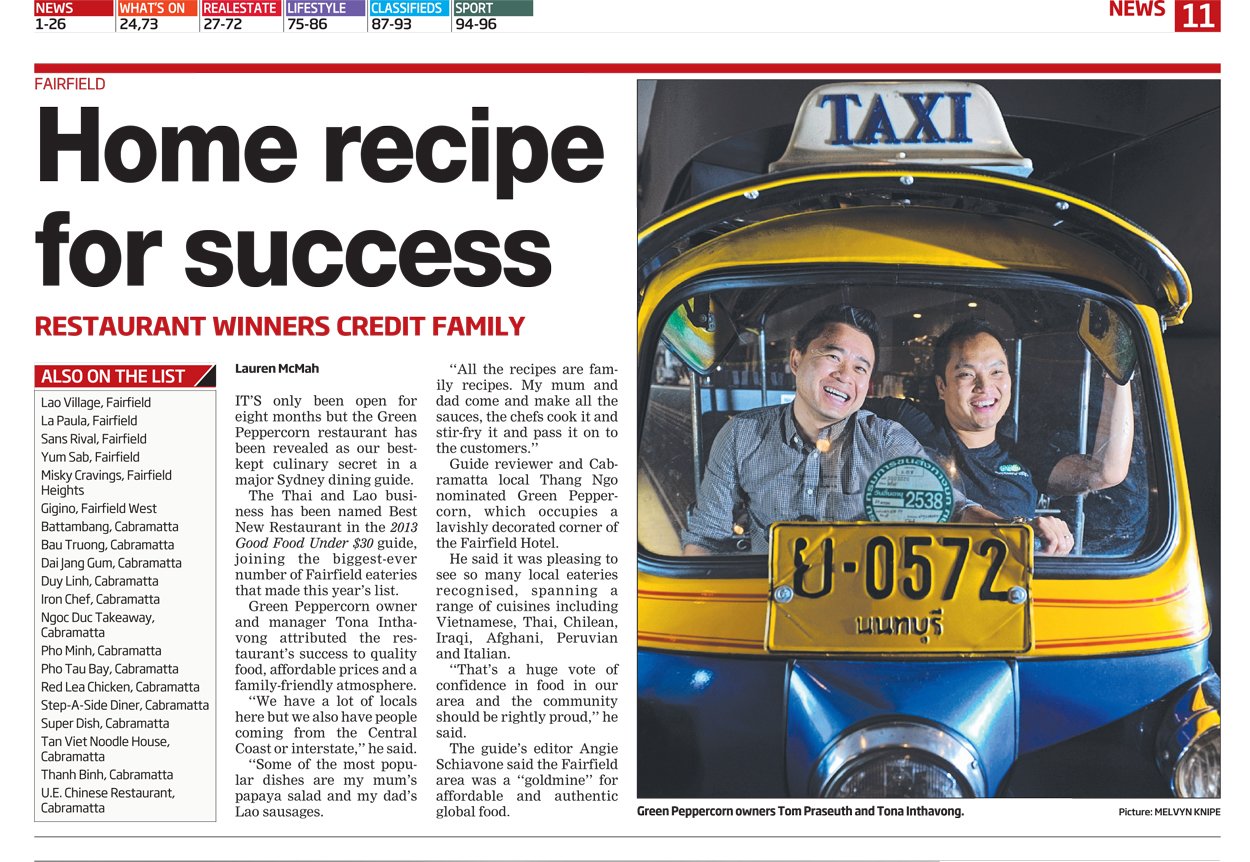 It’s only been open for eight months but the Green Peppercorn restaurant has been revealed as our best kept culinary secret in a major Sydney dining guide.

The Thai and Lao business has been named Best New Restaurant in the 2013 Good Food Under $30 guide, joining the biggest-ever number of Fairfield eateries that made this year’s list. Green Peppercorn owner and manager Tona Inthavong attributed the restaurant’s success to quality food, affordable prices and a family-friendly atmosphere.

‘‘We have a lot of locals here but we also have people coming from the Central Coast or interstate,’’ he said.

‘‘Some of the most popular dishes are my mum’s papaya salad and my dad’s Lao sausages.

‘‘All the recipes are family recipes. My mum and dad come and make all the sauces, the chefs cook it and stir-fry it and pass it on to the customers.’’

Guide reviewer and Cabramatta local Thang Ngo nominated Green Peppercorn, which occupies a lavishly decorated corner of the Fairfield Hotel. He said it was pleasing to see so many local eateries
recognised, spanning a range of cuisines including Vietnamese, Thai, Chilean, Iraqi, Afghani, Peruvian and Italian.

‘‘That’s a huge vote of confidence in food in our area and the community should be rightly proud,’’ he said.

The guide’s editor Angie Schiavone said the Fairfield area was a ‘‘goldmine’’ for affordable and authentic global food. 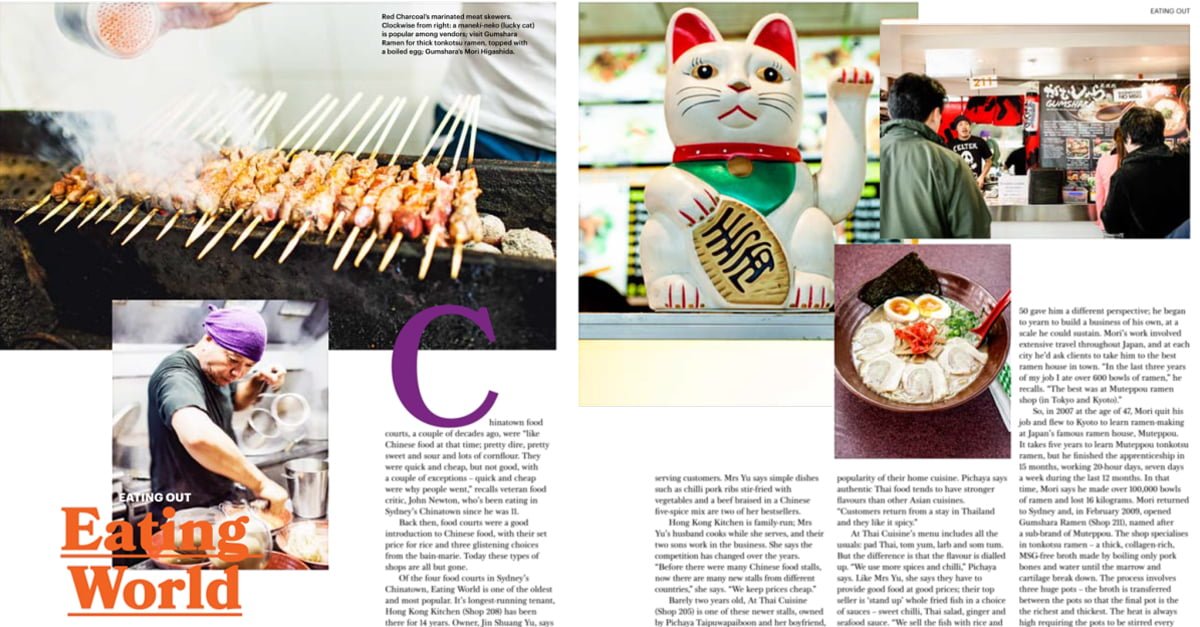 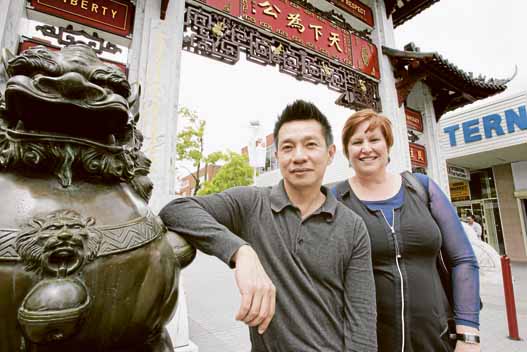