Read about TwoTwo from Billy at A Table for Two food blog and thought we’d try it.  Apparently Korean fried chicken is all the rage overseas and especially in the US.

TwoTwo was particularly humble on the outside and not very big on the inside.  The main plus though is it’s literally the closest eatery to Strathfield train station. 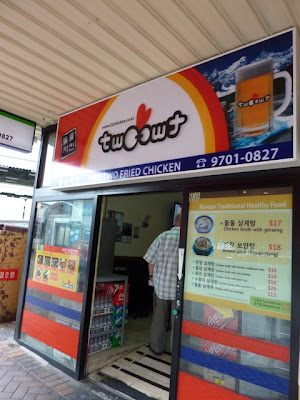 While there were other dishes posted on the wall (chicken gingseng soup – a favourite of mine for one), the main specialty was double friend chicken which takes around 20 minutes; not surprisingly if you have to cook ’em twice. 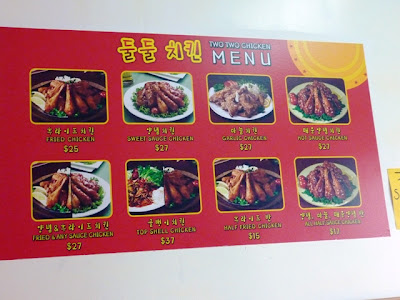 As you can see above, it’s pretty much fried chicken, hot, with sweet and sour or plain!

We ordered the hot version, which wasn’t very hot, but the chicken was indeed crispy on the outside while being covered in the hot sauce on the outside.  I didn’t think the sauce was that hot, but Walter thought otherwise. 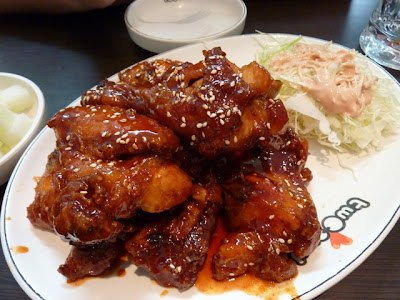 They gave us as a condiment cubes of pickled radish… not like the kim chi version, these were raw and pickled and were good contrast to the chicken.

Nothing to write home about, but not bad either… maybe I’ll try the gingseng chicken next time. 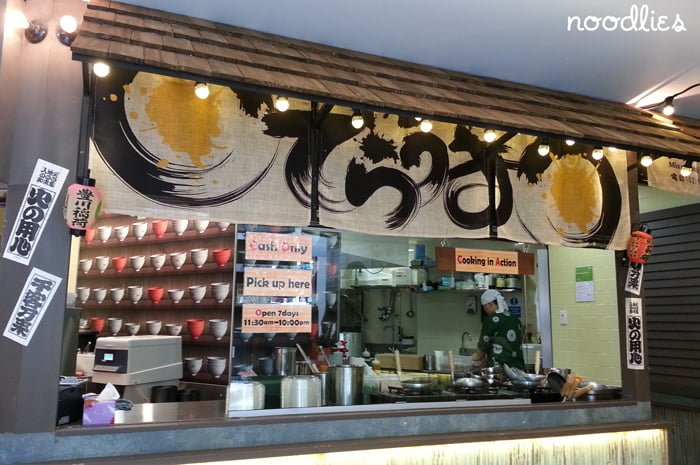