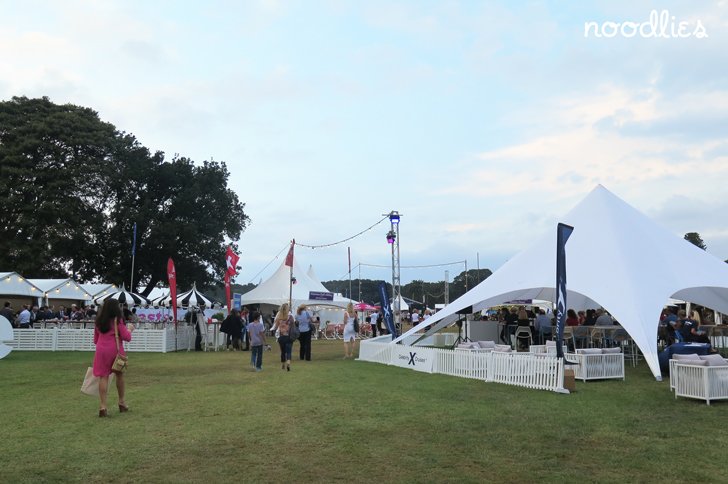 This was my first time at Taste of Sydney, and I was coming by public transport, which meant I first had a charming walk in Centennial Park at dusk. Approaching the area known as Brazilian fields, so called because Brazilians used to play soccer there, I could see what looked like a walled mediaeval town made of white plastic, the venue for Sydney Taste. I was there for just a taste of Taste, to attend a reception launching it, which also handed out Best in Taste awards. Best Dish was awarded to Biota Dining for its smoked taramasalata, Italian restaurant Popolo came second for its purple potato gnocchi with mixed mushrooms, chilli, pinenuts and salted dried ricotta, and third place was jointly awarded to Bloodwood for a fermented redbean chicken, served with salted cabbage and bean-skin (whatever that is), and to 4Fourteen for a sweet entry: a white chocolate and caramel popsicle with dark chocolate crumbs.

As well as the above-mentioned restaurants, it’s possible to sample entrees and main dishes from some other big name and new (at least to me) Sydney restaurants: Ananas, Bang, Bentley Restaurant and Bar, Buffalo Dining Cub, Café Paci, Efendy, Jonah’s, Monopole, MoVida, Otto Ristorante, Out-boned, Pei Modern, Porteño, Saké, The Cut and Yellow – all through the exchange of pre-purchased tokens (called Crowns). There are many other interesting stalls, and display stages where you can have lessons on food and wine serving/matching skills through the Wine Society or how to make particular dishes (at the Lurpak cookery school). You can also absorb kitchen skills from guest chefs at the Victorinox chef’s skillery, sponsored by SBS Feast Magazine, which sadly publishes its final issue this month. (Is there anybody out there reading this who wants to buy this fabulous title from SBS and revitalise it? Just thought I’d ask.) Chef Claire van Vuuren, one of the co-owners of Bloodwood, with the restaurant’s award

So attending Taste of Sydney is a bit like going to a mini Royal Easter show where everything revolves around food and drink (I counted three coconut water stands!). My advice is to get there early, before you get hungry so you can purchase Crowns well in advance (though cash can be used to buy produce to take home), and if you’re hankering for Porteño dishes, head to that stall first, as it seemed to have the longest queues.

James Viles of Biota Dining gives us a sneak peek of one of the dishes he will be offering at Taste of Sydney in the video below.

Taste of Sydney 2015 in partnership with Electrolux
Thurs 12 – Sun 15 March, 2015
Centennial Park, Sydney
Tickets from through Ticketek Australia or from the box office on the day www.ticketek.com.au/tasteofsydney 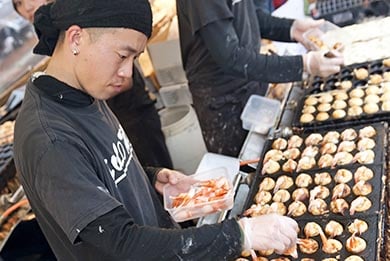