I was a late comer to the Game of Thrones mania, introduced to it by two friends who were big fans.  They recently got married, and while Game of Thrones and weddings may be something of an ill-advised combination, throwing a post-wedding feast for our pals based on the popular TV show seemed to be a safer bet.

The result is the following seven-course menu, which is more of a spectacle than historically accurate.

There is a fantastic ‘Game of Thrones’ cookbook full of fascinating recipes and historical background on food.  I own it and it’s great read and lovingly researched, however it is based more on the text from the books rather than the TV show (though of course there are areas of crossover, like Sansa Stark’s lemon cakes).

I’ve read the ‘Song of Fire and Ice’ books, but our friends haven’t, and I wanted to do something linked more directly to the TV show.  The result is the following seven-course menu, which is more spectacle then historical recreation. In the book and in the TV show, there is an explanation of ‘Guest Right’.  Basically when invited as a guest by another house, the guests eat bread and salt, and drink wine which is offered as soon as they cross the threshold of the host’s residence.  By doing this you are provided protection by your hosts.

To break that guest right oath is unthinkable, but of course with Game of Thrones it appears rules are often ignore, and the red wedding is certainly proof of that.

In the past I have had a tendency to feel I need to make every single thing when having people over.  However we have a lot of great foodie stores on our doorstep, and to be frank it can take an enormous amount of pressure off when hosting people to have a few things done and dusted.  To this end I didn’t make my own bread, instead I went to Victoires at the end of our road and bought a lovely boule loaf. I served it with a dish of salt as would be required for guest rights, but also to make a little more interesting I also made some homemade aioli as I had some spare egg yolks kicking about, a result of needing egg whites for the dessert course.

The Sorrow of Theon Greyjoy

I didn’t say this meal was suitable for the squeamish, and this offering of chipolata sausages representing the member which Theon Greyjoy had removed will certainly set the tone.  I planned to make my own sausages, but on reflection ended up buying a top quality pork chipolatas from my fab local butcher and then cooking them with a glaze. This particular meal was as much about creating a bit of tongue in cheek theatre as it was a taste experience.  To serve I bought a little box from the variety store lined it with baking paper and placed the sausages in it, then popped the lid on top complete with a written gift card, replicating the one sent to Lord Greyjoy and Yara when they received notification that Theon was Bolton’s prisoner ‘I’m sending you Theon’s favourite toy – he cried when I took it away from him’.

When Dany found out she was carrying Drogan’s child (or ‘the Stallion that would mount the world’), she had a kind of baby shower.  In the typical Dothraki way, there wasn’t a cupcake or baby grow gift in sight.  Instead the women folk chant a primal rhythm (translated I imagine it would probably be ‘EAT, EAT, EAT’) while Dany has to chomp her way through a raw horse’s heart without throwing up.  If all baby showers were like there I’d probably go to more of them.

I wanted to create my own version of this, but it’s a thin line to walk.  I want people to be surprised and laugh and yes in this case, have an ick factor, but ultimately I do what them to enjoy the meal as well.  So this was to be a course of two parts.

Online I found a plastic jelly mould in the shape of a human heart and purchased it and then made a Virgin Mary jelly to fill it, adding a couple of bocconcini at the top for the valves.  When it came out of the fridge set and I removed it from the mould I took a sharp knife cut some vein indentations and then filled them with some balsamic glaze before serving. I served it on the plate with some straight tomato juice around it acting as a little extra blood.  I think I hit the right note, as my other half said it made him feel a bit sick.  That was the initial reaction I wanted.  The ‘ew’ effect. However, chowing down through a whole gelatine tomato jelly didn’t seem fantastically appetising, especially when it was full of ‘veins’ so I took the plate out in order to create something a little more palatable with it.  I cut the jelly into little slivers to add to little parmesan lace discs which also included some bocconcini and capers.

Get the recipes here

For the main dish it turned out wild boar was tricky to track down unless it was in sausage form (and I didn’t want the meal to be a complete tribute to Theon Greyjoy’s member), so I cheated a little and went for a humble pig as a substitute for the creature that brought King Robert’s life to an early end. Compared to other dishes this is fairly tame, simply a lovely slow cooked pork belly with black pudding and roasted apples,  greens and a cider sauce.  Served on a wooden board  this course was designed to be eaten sharing style.

For dessert I wanted to raise the spectacle stakes again and also wanted something light.  Enter the White Walkers, a baked Alaska of sorts.  Formed of sponge, ice cream or sorbet, and meringue, it is popped in the oven and then at the table, flambéed with orange liquor – a perfect dessert for a show based on the  ‘A Song of Fire and Ice’ books. Why the Tyrion Lannister Cheese Plate I hear you ask, well because it is small and alcohol soaked.  After all the rest of the food, this cheese plate features one solitary cheese as anything else felt like overkill. We picked up the cheese for this platter when we visited Wicked Cheese in Tasmania (read about the visit).  Wicked Cheese’s whiskey cheddar, offered that mature bite of a vintage cheddar with the kick of smooth alcohol at the end.  Served with some chutney, sliced granny smiths and crackers, I can’t help but feel Tyrion Lannister would approve.

For the coffee course I thought we’d finish with Sansa Stark’s favourites, lemon cakes.  The Game of Thrones cookbook has some great recipes for lemon cakes, both authentic medieval recipes as well as a modern version.  Or you could go your own way with lemon cup cakes or a lemon drizzle loaf. However, this is another one I decided to take a short cut on, while also supporting local businesses (which in my area of Rozelle I am particular keen to do in the aftermath of the blast tragedy we have recently suffered).  Belle Fleur is a chocolate emporium I have featured in previous blogs and its range includes a beautiful lemon meringue chocolate.  Shaped like a tiny cupcake, the chocolate cup contains a biting, zesty and fresh lemon fondant, and it is topped with a sweet creamy dollop of white sugar cloud.  Served with bitter coffee shots or mint tea, it’s an ideal end to the meal.

While I wanted to create the Great Hall of Winterfell or the Throne Room of Kings Landing in my dining room, I knew that time, money and practicality wise I didn’t have resources for that. But that didn’t mean I didn’t want at least a nod towards Westros interior design.  Tea light were a great cheap way to help create the right atmosphere.

I also made some bunting displaying house coats of arms, it’s simple to make, you just need paper, a printer, some double sided tape, ribbon or string, and a pair of scissors.  You can download the printables and instructions on how to make it here.

Menus also add a sense of occassion and printing them on some good quality paper makes a real difference.  If you want to download a printable menu click here.  I also created place settings on card which included a sigil and motto of the ‘house’ of the guest in question. While I wanted to create a sense of occasion, this was also a dinner with a sense of humour, and it certainly wasn’t trying to take things too seriously.  To this end, a few toy swords, daggers and battle axes on the wall (picked up at the reject shop for a few dollars) replaced our usual pictures on the walls.  Also scattered on the table were ‘Game of Thrones’ themed chatterboxes, though they might also be known as paper fortune tellers and cootie catchers.  The ‘Game of Thrones’ chatterboxes contained some of the worst jokes ever, but still added a sense of fun to the experience.  You can download your free template here. 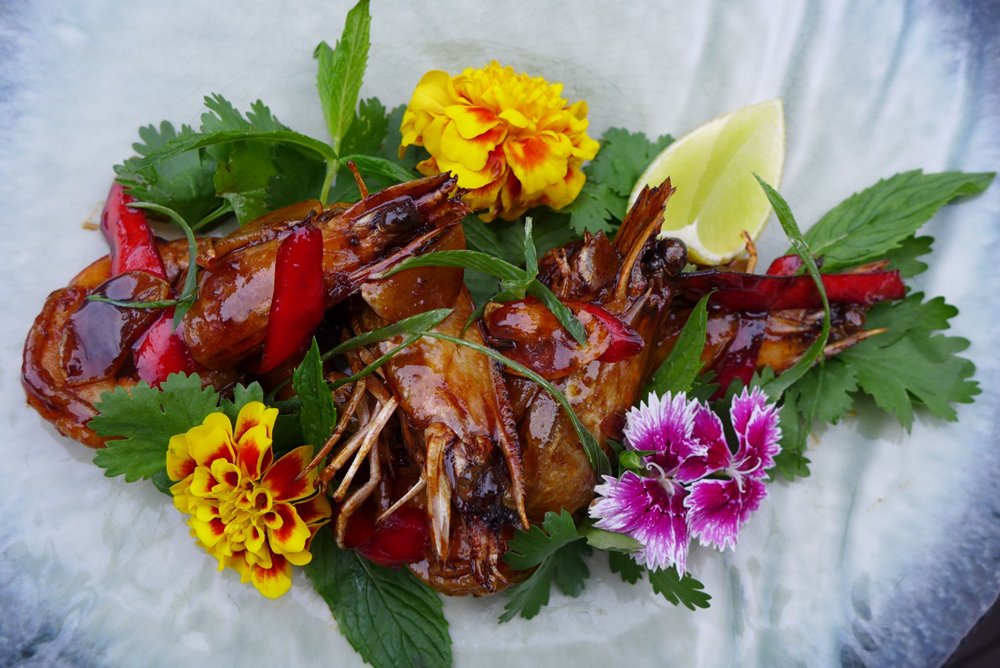 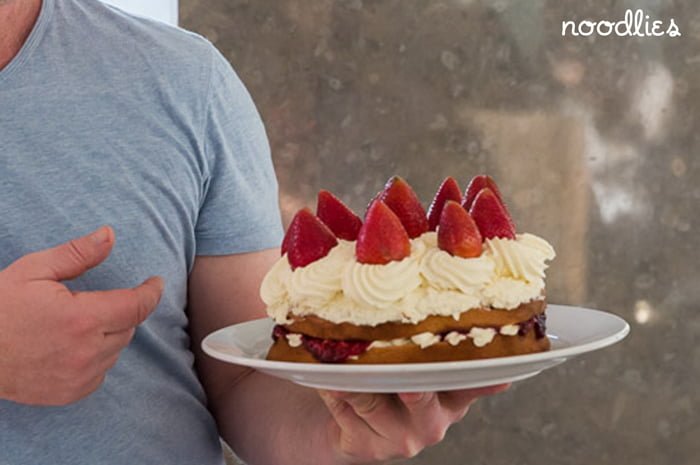 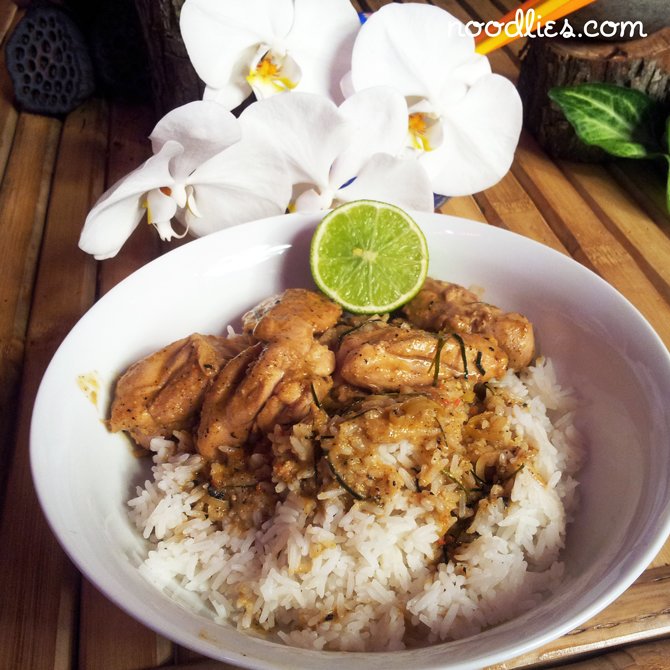