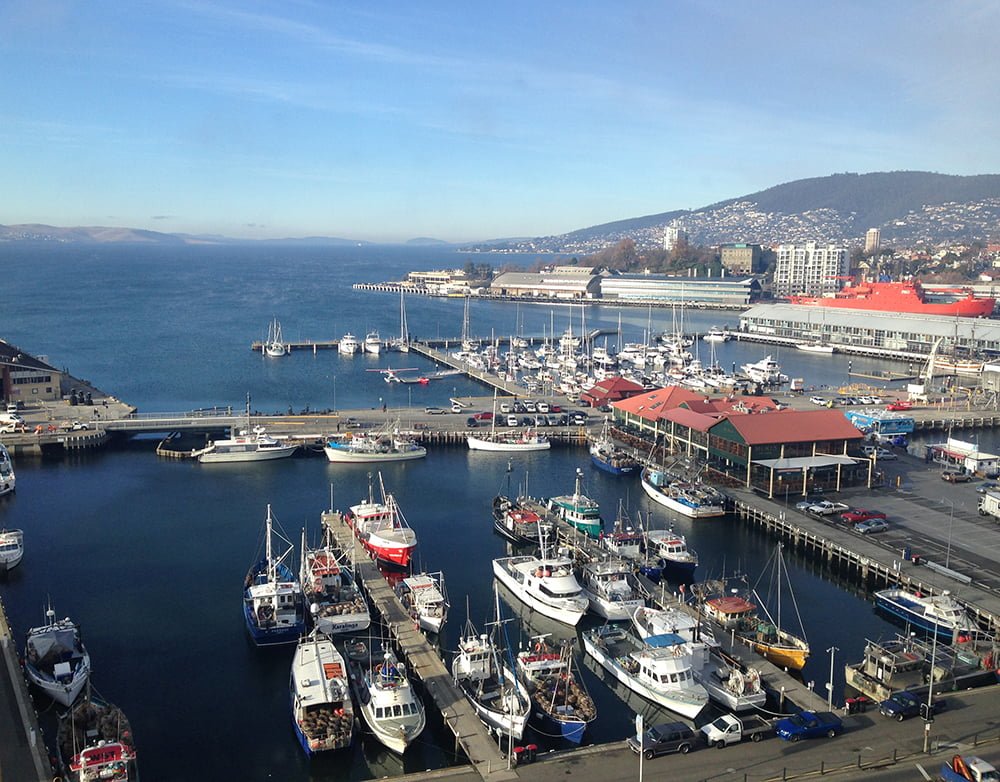 On the last day of a recent visit to Tasmania, my husband and I did a walking food tour of Hobart in an effort to make the most of our final morning. We found we’d made a big mistake. We should have done this fascinating and delicious tour at the beginning of our stay. A hive of local and historical knowledge (both food related and non-food related), our born and bred Hobartian guide imparted fascinating information, and had it been the start of our trip, we could have made full use of her recommendations for restaurant, bars, and all things foodie. Still you live and learn.

We booked the City Tour with Gourmania, meeting outside the Tassal Salmon Shop at 9.30am dressed in sensible footwear and warm clothing (I’m from the UK but still I found the Tassie winter a zinger).  The tour takes you around Hobart’s best foodie haunts and of course some walking is involved.  It’s never long distances and you are stopping off in lovely places en route, but you’re not always sitting down, so just to be aware that you might be best off in flats rather than heels on this tour. Over four hours our tour guide, Mary McNeill, shared her considerable experience of the Tassie food scene (in speaking to her we discovered she has worked at some of Tasmania’s most iconic food haunts including The Retro Cafe, Jackman & McRoss, and Smolt).

A hive of local and historical knowledge (both food related and non-food related), our born and bred Hobartian guide imparted fascinating information

I don’t want to give away all of the tour as part of its joy is the surprises you’ll find in each place, plus I imagine the tour differs depending on the time of year, what produce is in season, new openings and closures etc.  So this is an overview of the experience with a focus on some of the highlights. Our meeting point meant that we started the tour off in style with a sampler plate at the Tassal Salmon Shop.  Before sitting down to taste we were able to have a good look around the shop with Mary talking through various products. One thing I was really tempted to buy and take home to try was ‘salmon bacon’.

Imagining it crisped up and served on toasted callah bread with poached eggs is driving me slightly crazy.

Looking like normal thick slices of smoked salmon, you simply throw it in a hot pan, cook it up, and the result is get a smokey and decadent substitute to your usual bacon rashers. With no cooler bag with us I was dubious I’d get it back home to Sydney, but next time I’m going armed with an eskie, and I’m giving it a try.  Imagining it crisped up and served on toasted callah bread with poached eggs is driving me slightly crazy.

If you have food intolerances, given notice, Mary can arrange allergy friendly tasting plates for you.   On our tour were one other couple (also from Sydney as it happens), one with an allergy to seafood, the other with a gluten intolerance, and for the main great alternatives were arranged for them so they didn’t feel like they were missing out.

The one exception might have been at this tasting, while we were tucking into our various salmon dishes, our seafood allergic gentleman was presented with a gingerbread biscuit in the shape of a fish. He said it was delicious, but nothing could compare to the fresh and decadent salmon sampler plate we were treated to.

Mary McNeill has worked at some of Tasmania’s most iconic food haunts including The Retro Cafe, Jackman & McRoss, and Smolt

First off was a fragrant gravadlax, pure in colour and luscious on the tongue.  Next up was a ‘plain’ smoked salmon.  This was a cold smoked variety, cured first with salt, then smoked at room temperature leading to a good strong natural flavour which was not overpowering.

Finally, was ‘hot’ smoked salmon. This salmon was not hot in temperature or spiciness, rather it was smoked at 60 degrees Celsius (hence the ‘hot’ smoked), with beech wood imported from Europe.  This was a favourite of my husband and I, probably because it resembles a product we get a lot in the UK at stores such as M&S and Waitrose. A short walk on we were able to sit and relax for a short time at Jackman & McRoss.  My husband and I had been to the original Jackman and McRoss Bakery in Battery Point (the Mothership as our guide Mary dubbed it), for breakfast the previous day, however I had chosen badly, so was delighted to get another bite of the cherry.

This time I was not disappointed when I sampled a buttery flaky, galette with salty goat’s cheese, spinach and sweet plump tomato.

Accompanied with a pot of English breakfast tea this was a welcome break to sit down and enjoy the surroundings and helped the pacing of the tour.

It was here that we discovered that at one point in time Mary had once been a pastry chef at Jackman and McRoss, making the super-flakey and buttery pastry which we were now sampling. One of my favourite stops on the tour was Cool Wine.  A relaxed, warm and friendly shop, with a host of wine experts, we sampled six different wines, four from Tassie, and two not. These included Sugar Loaf Ridge Sauvignon Blanc 2013.  With a scent of tropical flowers and lemon meringue pie, this was a light and fruity wine, ideal with barbeque fish.

The Frogmore Creek 2012 Chardonnay had a bouquet which conjured up bonfire night back in the UK with its heavy wood smoke hit, but on drinking this dry white didn’t overpower on oakiness.

It was reminiscent of those old fashioned lollies, pineapple cubes, and sherbet dib dabs.

The Sugarloaf Ridge Pinot Noir 2009 had a bouquet of kerosene lamps, and a taste of under ripe blackcurrants and redcurrants.  A complex wine, it was best suited with bold flavours.

Finally we sampled Vino Santi – all I can say is it was like Christmas in a glass.  Rum, raisins, cinnamon, nutmeg, it was all in there and it was enchanting.

Cool Wine also boasted a great selection of cleanskins, with all having to pass the same stringent rules as any other wine in order to be included in the shops range.  We went back after the tour and bought six bottles (including cleanskins) and got them shipped back for $16 for 6 bottles. After a few more stops, we came to my husband’s favourite place, ducking into the Salamanca Arts Centre to visit Bruny Island Cheese.  We tried one which I was dubious about, partly because it was named ‘Nanna’s Undies’ but mainly because it was half sheeps’ milk and half goats’ milk, and while I love sheeps’ milk, I loathe goats’.  Rolled with a blend of herbs including oregano and rosemary, I was pleasantly surprised by the taste, not too overpowering, and the herbs complimented rather than masked the taste.

We tried one which I was dubious about, partly because it was named ‘Nanna’s Undies’

My husband left the shop with a very ripe wheel of the Saint.  It was good old fashioned pongy soft cheese, and every time I’ve opened our fridge since we’ve been home, it is so ripe it has tried to crawl out of its own accord.  Thankfully today my husband and I finished it for lunch, though I fear it’s aroma will be alive and well in our fridge for the next week or so, despite washing it out. The tour ended where we began in Salamanca Place, but this time we visited Tassal Salmon Shop’s neighbour, Smolt.  A funky restaurant, we finished off our tour with the choice of chai tea ice cream, balsamic ice cream or raspberry sorbet.

My husband plumped for the balsamic ice cream, which I tried a little of.  To be fair I am not an ice cream fan, but it was too sweet for me – you could definitely taste the balsamic, but it wasn’t pungent enough for me.

After so much food, I opted for palate cleansing raspberry sorbet, and it was glorious, just like eating fresh iced Scottish raspberries

At the end of the tour, Mary presented us with a couple of luxury chocolates to take away with us.  It was delightful that even after the tour had ended we got to have one final Tassie tasting.  I’m saving mine for when my wines are delivered, and I can relive all those wonderful food adventures.

At $120 per person for the tour, on first glace the price might seem steep, but consider what you are getting.  We visited ten venues and enjoyed a small tasting of something delicious in each place (in fact in a couple of places the samplers were much more generous than a tasting and were more of a starter portion).

If you took the view that you were paying $120 for a ten course degustation meal things immediately start to make more sense.

Granted you’re not getting the same ambience of a plush restaurant, but what you are getting with this four hour culinary experience is a great overview of the city in general, the lowdown on its food scene, a historical tour, plus great inside knowledge from a local. Put simply, if you’re a foodie, it’s a must-do activity when visiting Hobart.

Prices correct as of 18 June 2014.  Experience paid for by writer and reviewed independently. For more information on Gourmania, to view the full list of tour options, or to book, visit gourmaniafoodtours.com.au 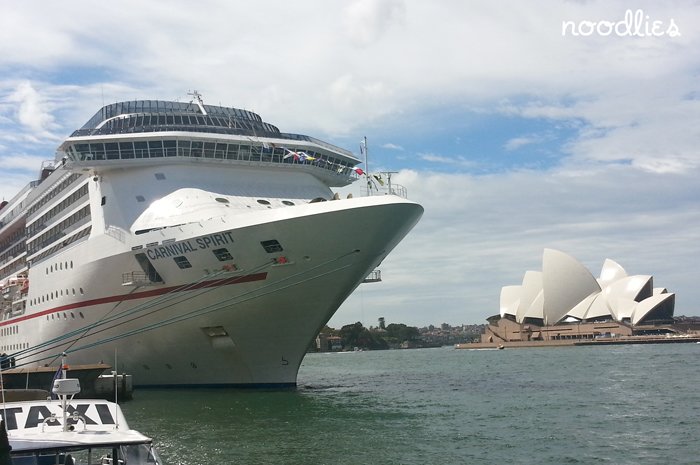 Time out on The Carnival Spirit 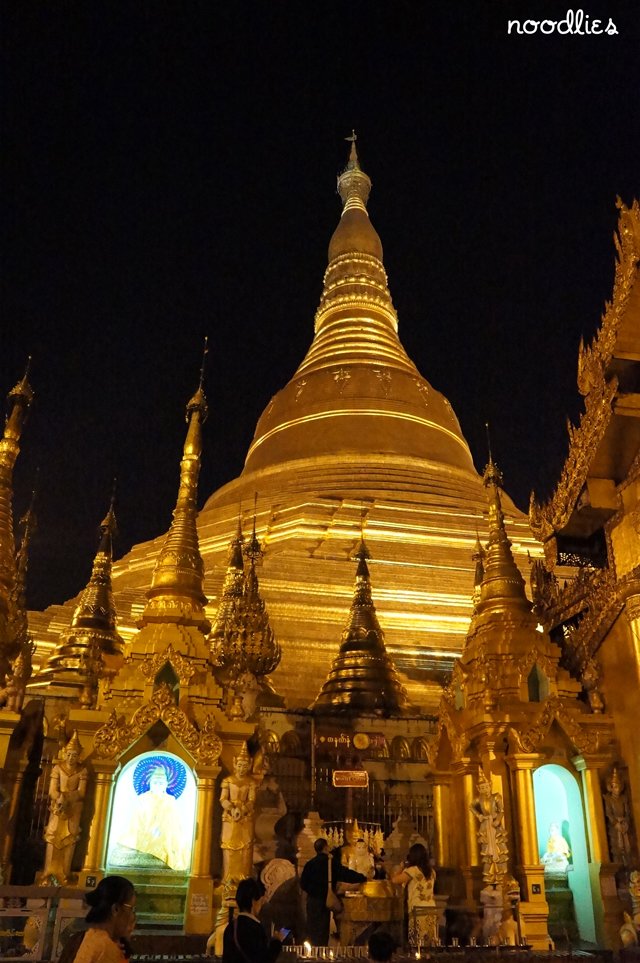 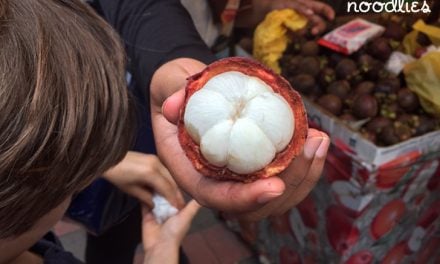 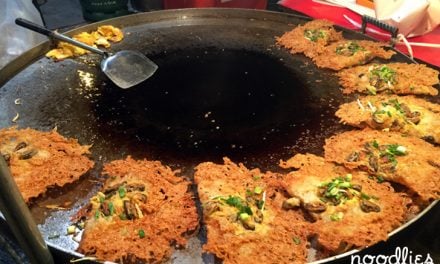