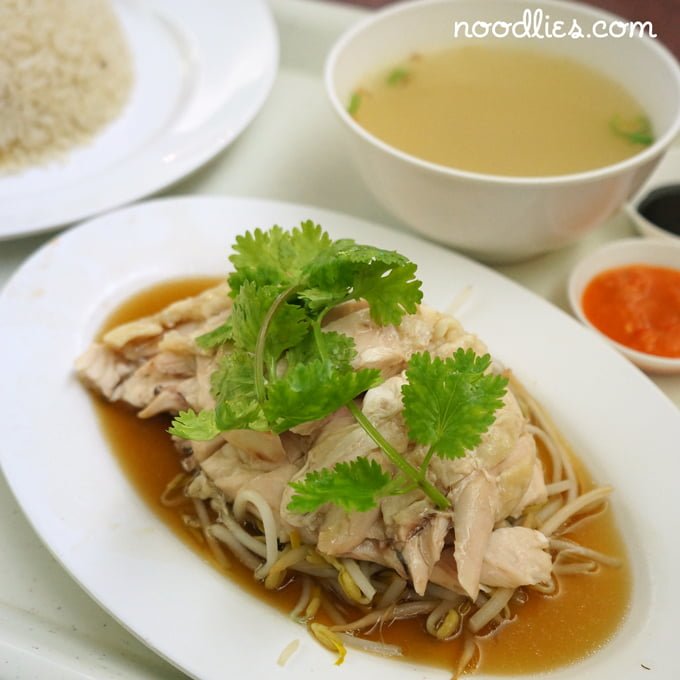 One chicken to rule them all… that’s hai nam or hai nan chicken.  Noodlies, Sydney food blog reckons reducing it to just ‘boiled chicken’ doesn’t do this dish justice. Lovers of chicken appreciate being able to taste the flesh without other competing flavours. Of course, the chicken is enhanced with sauces, at Singapore Shiok! it’s two; thick soy and chilli.  Additionally, the chicken comes on a bed of light soy sauce and to avoid the chicken soaking up too much soy, there’s a layer of bean sprouts in between.  This is where the purists jack up: it’s too much embellishment on a dish that is meant to be very simple, side cucumber perhaps, but bean sprouts is one step too far.  I happen to love it!  For me, bean sprouts is faithful to the dish, it too, is a clean, simple taste and texture which doesn’t compete with the chicken.

If the accompanying rice isn’t cooked in chicken stock, move on because you’re getting a very inferior copy!  That applies to getting some plain slop as a side soup.  I am a traditionalist on this front at least, :). There’s minor controversy over the name, too.  Some argue it’s hai nan chicken, as in the Chinese province where the dish apparently originates from. Over the years, as the dish spread across Asia and the rest of the world, the spelling has evolved to hai nam chicken.  I grew up with the latter spelling, but that’s another controversy I’ll be shying away from.

One debate I will enter is that the hai nam or hai nan chicken at Singapore Shiok! is one of my favourites, bed of bean sprouts and all!  The chicken is tender and flavoursome, I love the bed of soy and bean sprouts. The rice is cooked in chicken stock yielding it a wonderful colour and that soup is complex and tasty – no plain slop here! 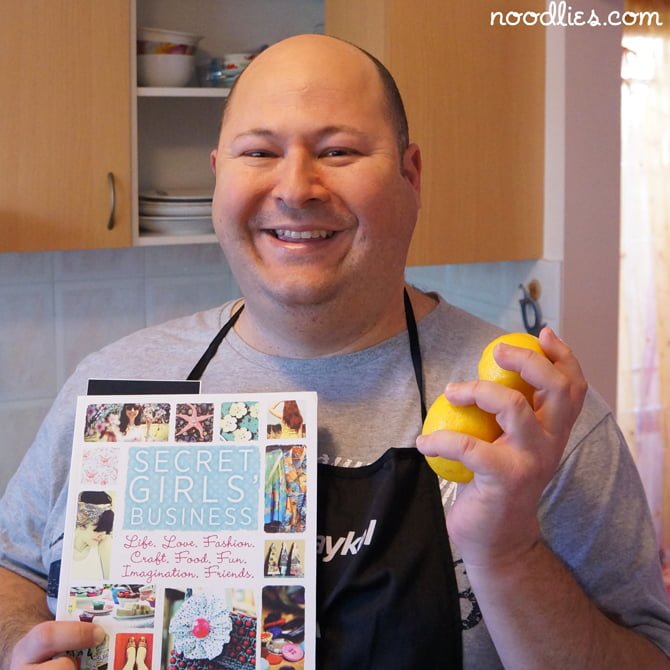 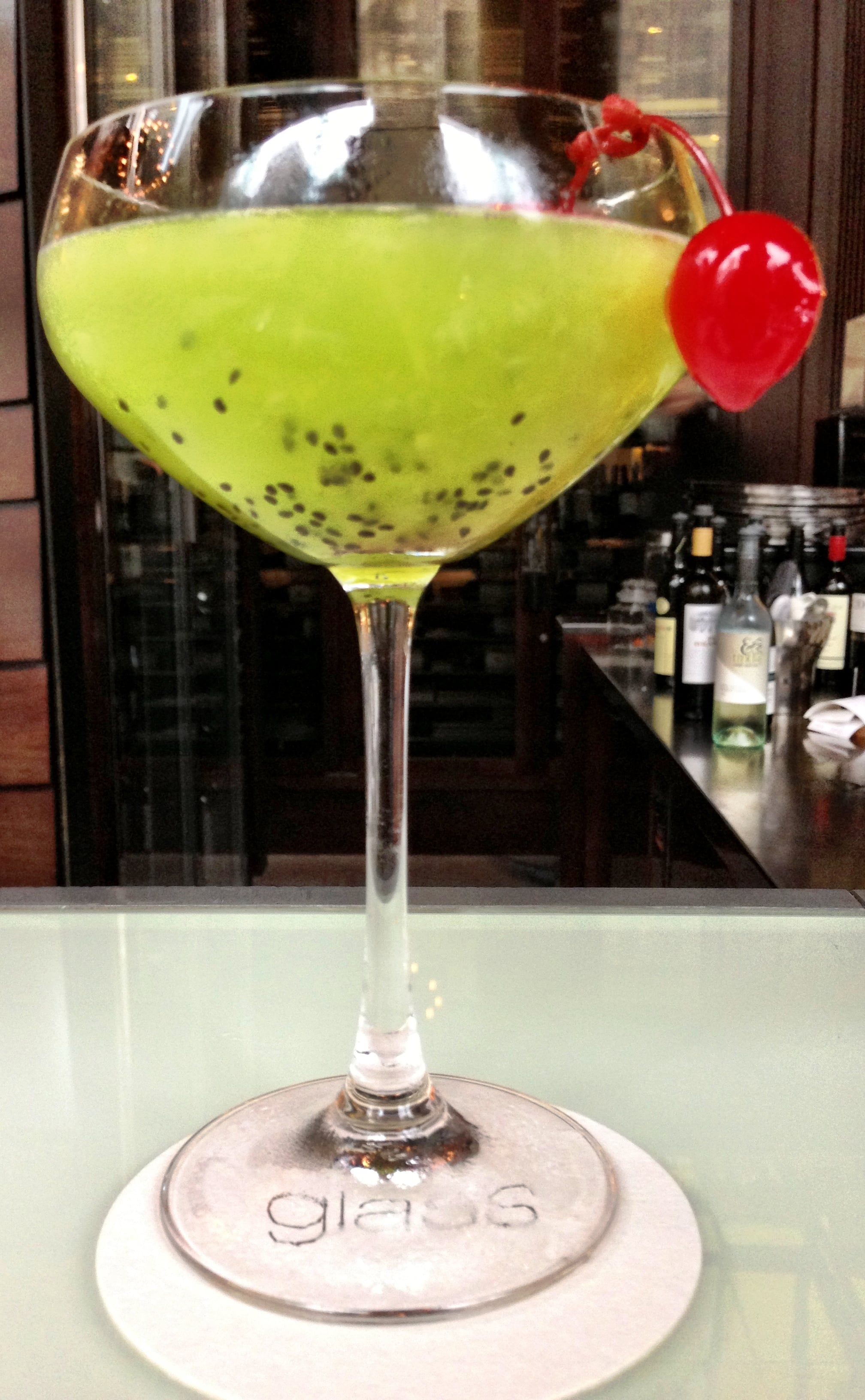 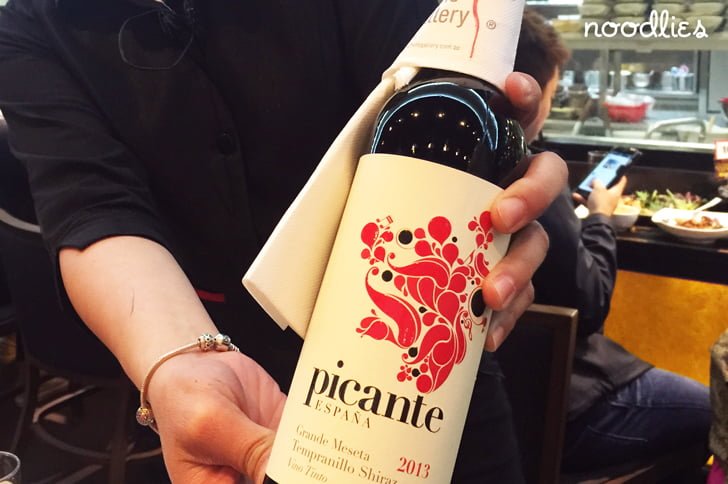