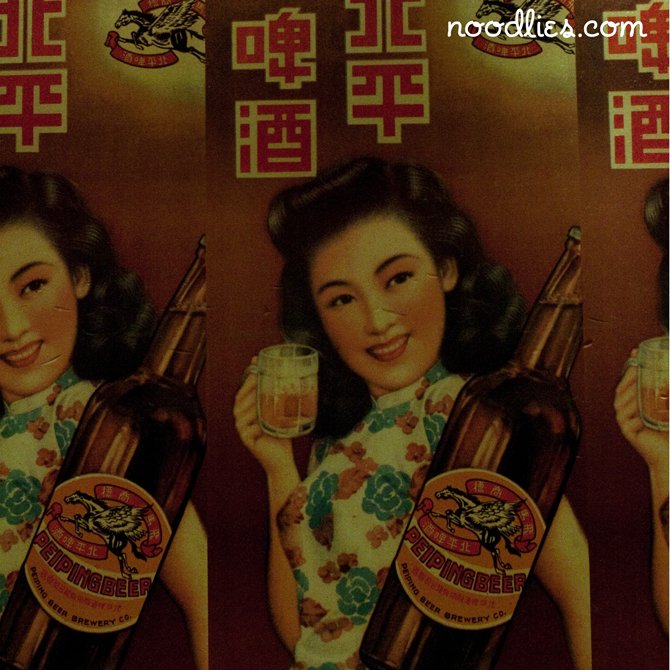 John Chen’s parents opened the first New Shanghai in Chinatown and it’s popularity quickly spread to shops in Ashfield and Lemongrove, Chatswood.  But John has greater dreams of expansion, he found his feet with the wildly successful New Shanghai in Chatswood Chase, which he opened in 2009, quickly followed by shops in Bondi Junction and Charlestown.  These days it’s gone international with restaurants in Singapore and he’s even selling ice to the Eskimos, opening a restaurant in Shanghai.

Tonight, noodlies food blog is dining at New Shanghai, Chatswood Chase, the interior is upmarket, very striking,  inspired by 1930s Shanghai, lots of red bordering on kitsch.  To entertain the guests,  there’s an (obligatory) open kitchen with dumplings being freshly made in fast, clinical style. Tonight, Simon from the Heart of Food and I are dining as guests of New Shanghai and Wasamedia.  We’re both hungry and we order six dishes… the kitchen sent out an additional three.   Nine dishes for two aren’t too much are they? Look at those fried dumplings, crispy and golden outer with a piping hot, pork mince filling on the inside.  Warning, the filling is particularly hot and excited diners who bite too enthusiastically may also get a squirt of hot pork juice. Drunken chicken is not everyone’s cup of tea, but one of mine; tender chicken pieces are drunk in Chinese wine giving the skin and especially flesh an extra punch.  It’s not overwhelming, but there’s no avoiding the alcohol twist. There’s only one way to describe the pork belly braised in sweet soy sauce – total indulgence.  Each piece glistens in the light, daring you ingest the calories.  The meat is tender, the skin tight and the layer of fat, devilishly soft all combined with sweet soy flavour that’s soaked right through.  Best enjoyed with a hot bowl of rice. To cut some of the richness we had steamed vegetarian dumplings, which is amazingly delicate, the filling is interesting, a burst of so many different vegetables diced and sliced they complement rather than compete. Another of my favourites is the shepherd’s purse. Don’t be fooled, it’s described as wonton, but the outer is al dente an interesting contrast to the other dishes.  The sesame butter sauce with red chilli oil might be unusual but I’m a particular fan of this sweet and spicy sauce. What’s there to say about these fried pork buns?  The dough is thick, hard on the outside, darkened at the base but soft on the inside, again hiding their treasure of minced pork.  Soften them in soy or vinegar sauce and drift off to heaven. It’s an extensive, wide ranging, eclectic order which includes dumplings, buns, chicken, prawns (not pictured) and pork belly, but the meal wouldn’t be complete without some noodles.  These fried noodles just looked stunning, glossy, shapely and oh-so inviting with a slight soy aroma.  It’ll be hard to spot the shredded pork but you’ll be able to taste it.  The dish is meant to come with vegetables, but I couldn’t seem to see of taste it.

We left New Shanghai, Chatswood Chase fuller than we’ve been in a long time (and that’s saying something).  Like many of the dishes here, what’s not to like? Great food, classy ambiance, efficient staff and very reasonable prices.  No wonder they’re lapping it up even in Charlestown!