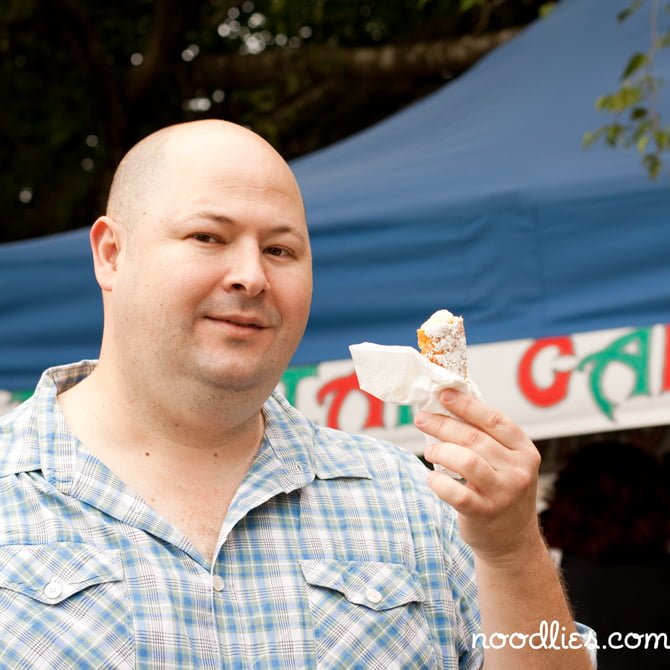 During our Far North Queensland holidays, we stumbled upon the Gordonvale Markets.  The markets are held on the first Saturday of each month in Norman Park, just across the road from the mill and train station. The first thing you notice is the sweet molasses fragrance from the sugar mill, which is located next to the Gordonvale train station.  The mill is an imposing series of metal and corrugated iron structures linked by metal stairs. We immediately spotted an “Italian Cannoli” stand Walter being an Ingham boy and remembered them fondly.  We moved in for the kill.  The crispy shells were pre-made as was the cream filling, although they assembled the cannoli upon order using an interesting looking pump machine. While at Gordonvale markets I bought the cutest hangable tea towels!