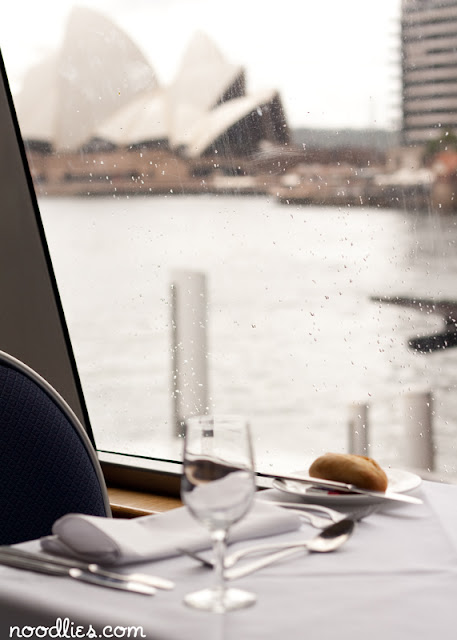 A three course meal on Sydney Harbour watching the Sydney Opera House and Harbour Bridge go by.  That was our Captain Cook Sydney Harbour Cruise, a present from my partner’s sweet parents.

There’s something special about Sydney Harbour, despite the overcast and rainy afternoon, it still sparkled in my eyes. 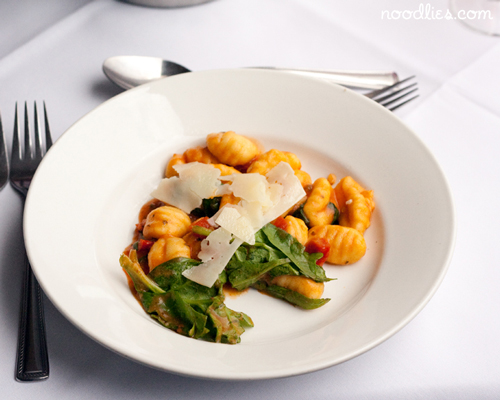 Pumpkin gnocchi was a popular choice for entree on this coolish afternoon.  Served with spinach, sun dried tomatoes and thin sliced pecorino cheese, it wasn’t the hearty dish I was expecting.  The flavours were subtle including the cheese… surprisingly pleasant! 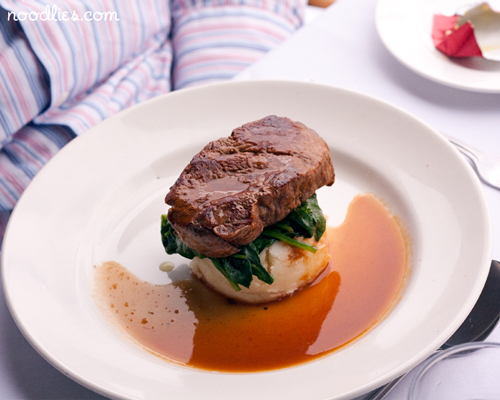 Walter’s beef tenderloin mains was well cooked but not over cooked, as per his request.  The foundation was potato mash and spinach with porcini mushroom jus.  Again, surprisingly good. 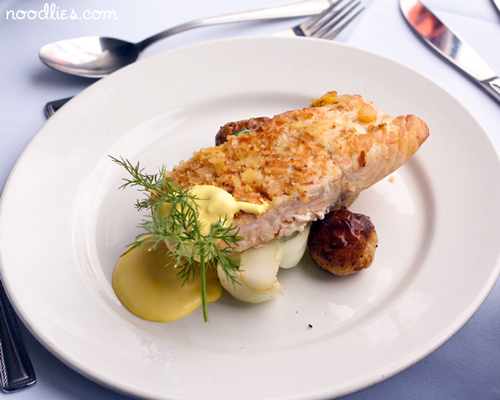 My wild salmon was fractionally too dry and the saffron butter sauce could have helped except it was a little overpowering.  However, the smashed potatoes were done perfectly, with just the right amount of saltiness to really lift these cute little buggers. 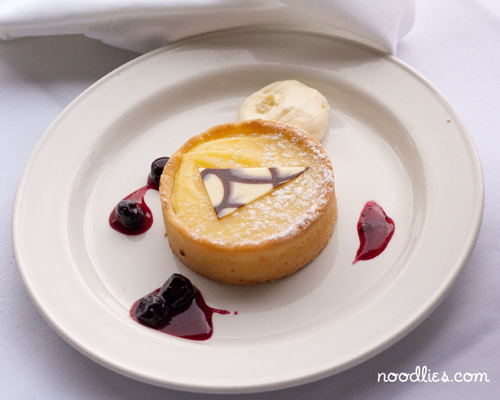 Walter’s lemon and lime tart looked stunning and according to him, tasted as good as it looked. 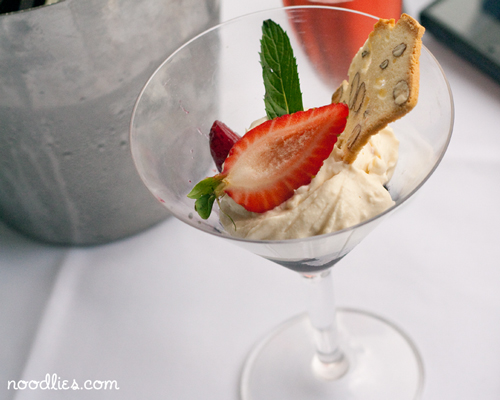 The Captain’s Mess looked intriguing: smashed cointreau strawberries with light cream martini.  How could I resist?  Sadly, the strawberries were replaced by blueberries, which wasn’t too bad, my main qualm was the tiny serving, it barely filled the martini glass.

Overall, it was actually a wonderful experience, the food was actually very good and the backdrop was the most beautiful harbour in the world… how could you not love that?!