I had every intention of going to a vegetarian restaurant recommended by a friend, but laziness and over-shopping got the better of me. After hours spent window shopping Central World I stumbled upon a floor of upmarket restaurants.  I had no intention of going there, they”re usually crap and expensive, but Santa Fe caught my eye. 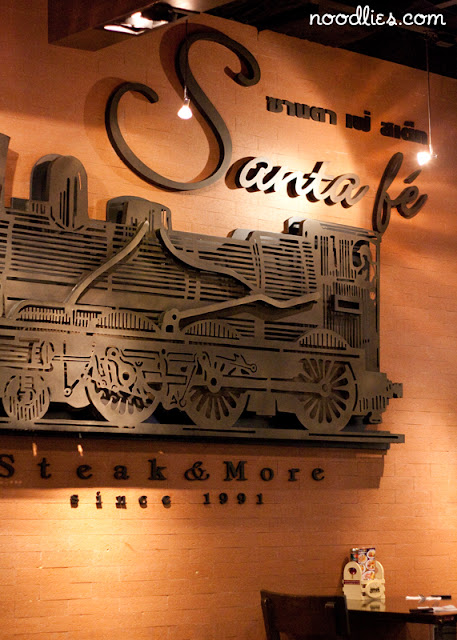 It’s an American restaurant that proudly boasts “steak and more since 1991” – I would have thought you’d put a date on if it’s like centuries old or something. The staff were all dressed in stylised/understated cowboy uniform, half were plump girls and half were slim, stunning kha thois (lady boys).  It was a little disconcerting to chat to your waitress to find that her voice is deeper than yours. 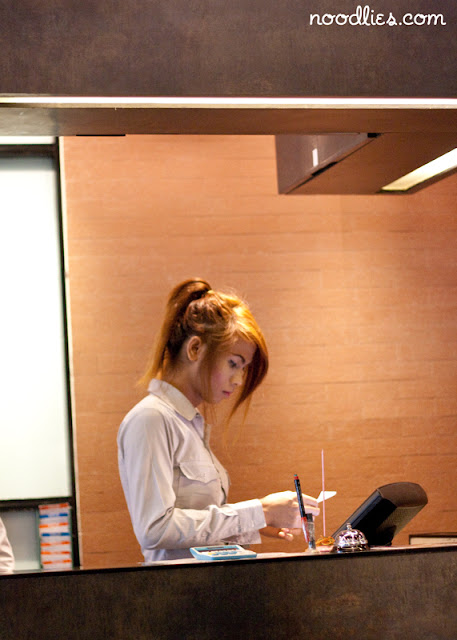 There were about 15 people in the mostly empty restaurant but I get the idea that this is the most they’ve had for a while (at this point I’m worried about how much longer they’ll operate post 1991).  The staff were running about in mild panic and the food seemed to come out randomly, it looked like the first there still didn’t get all their food, and I got mine quite quickly. 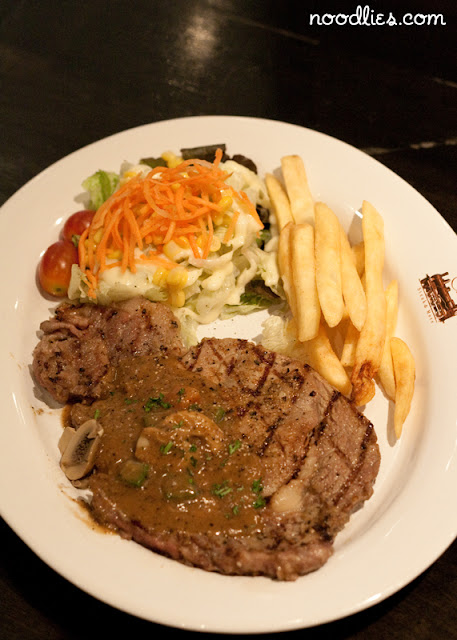 I chanced it with an order of medium rare pepper steak.  I can see why it arrived quickly, the outside was well done and inside was rare, I guess if you averaged it out, that’s medium rare.  I was especially taken by the localisation of the pepper sauce… with garlic.  In fact, all I could taste in the sauce was garlic… and sugar, a taste-theme which carried across to the mayo salad dressing.

Still, I love Santa Fe (steak and more since 1991) for proudly employing kathois and their medium rare steaks, though I’m not sure I’ll be coming back.