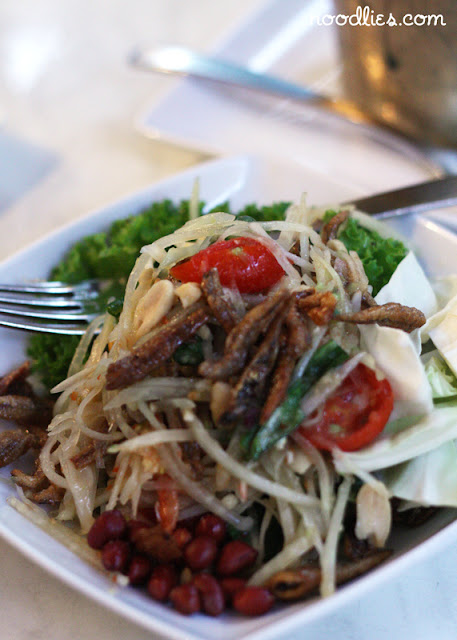 We’ve been told the people behind Spice I am has opened up a new, larger restaurant that features Thai street food from the north east region.  We were also told this place is much bigger so there won’t be the long queues which we hate, and double plus it’s walking distance from Central.

On a rainy Tuesday night, three friends embarked on our street food adventure on Elizabeth street.

There were a lot on the menu which were variations from what you would find in a traditional Thai restaurant, except they’re a little different at House.  The som tum with anchovies (above) for example, the anchovies were dried so we’re not talking about very strong flavours here.  In fact the dish was very subtle. 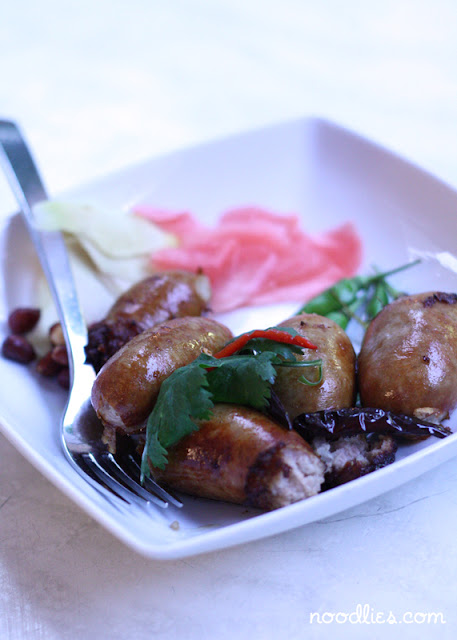 That subtlety extends to the Thai sausage, they were small tasty but not overwhelming. 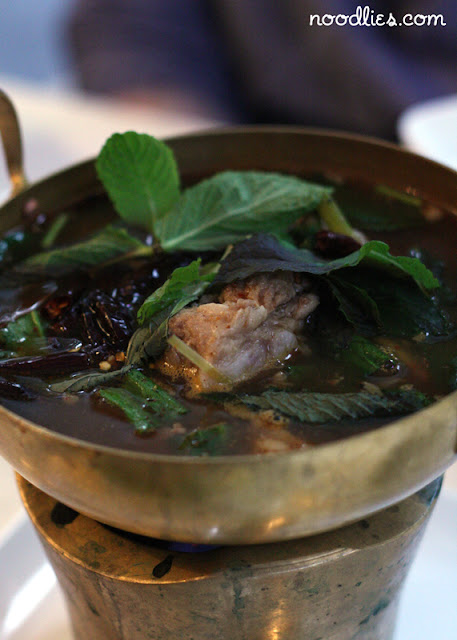 Our next dish was a fish tom yum, that came in a great brass container heated by heat beads.  Again, soft, light flavours. 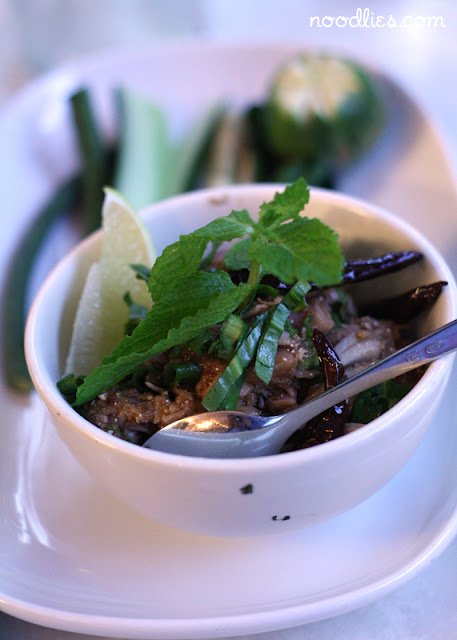 I was looking forward to the jackfruit salad (above) but in this case the flavours were too subtle for me and the servings were particularly small. 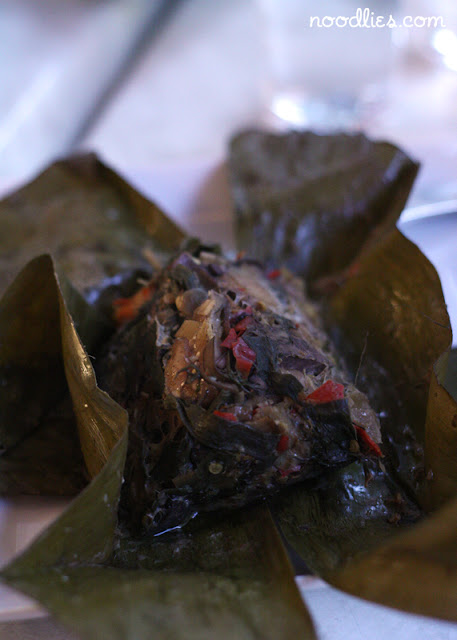 The curry dish we ordered came out wrapped in a banana leaf parcel, consisting of steamed chicken, spices including banana flower.  At the risk of being repetitive, flavoursome, but very, very subtle.

My dining companions were raving about their dessert specialty, BTS (better than sex).. how could I refuse.  It was nothing like what I would expect to find on the street, thick bread with ice cream and chocolate topping… that’s not to say it wasn’t delicious!

House Thai is not bad, but you need to approach it knowing the flavours are subtle, servings are small, dishes are a little different from the usual Thai restaurant and you don’t need to queue.