Sometimes things are just meant to be, a group of us wanted to try La Mint – a Vietnamese-French restaurant.  But instead we ended up in Cafe Mint; middle eastern influenced restaurant.  That’s not to say it was a bad thing.

Tonight, the restaurant had a warm friendly atmosphere generated by the wooden decor and subdued lighting (which made taking pictures very hard for a novice like me!). 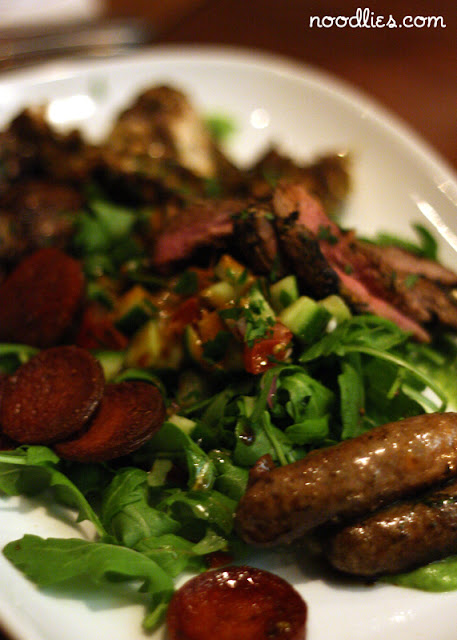 It really wasn’t intentional, but we ended up ordering meat, a lot of meat, starting with the meat platter above consisting of sausages, salami, meat balls, roast meat.

I don’t know if it was because we were having a late dinner at 8pm, but each of us ordered more meat for mains. 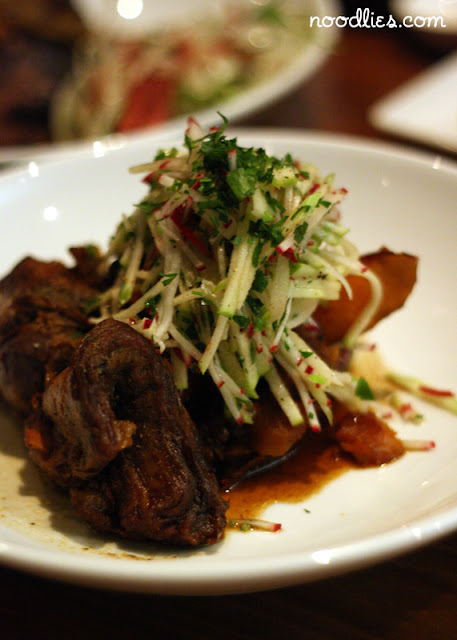 I had the lamb shoulder with radish salad and boiled sweet potato.  The meat was well cooked and tender to the point of being flaky.  It was lightly marinated and I found myself reaching for the rock salt. 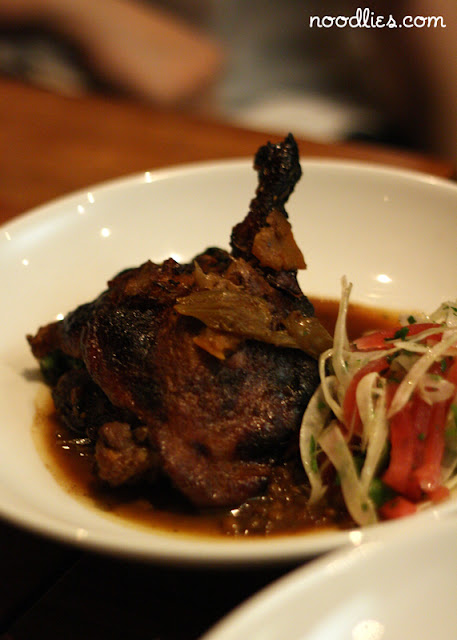 The roast duck was similar, well cooked, a lot of meat with small accompanying salad. 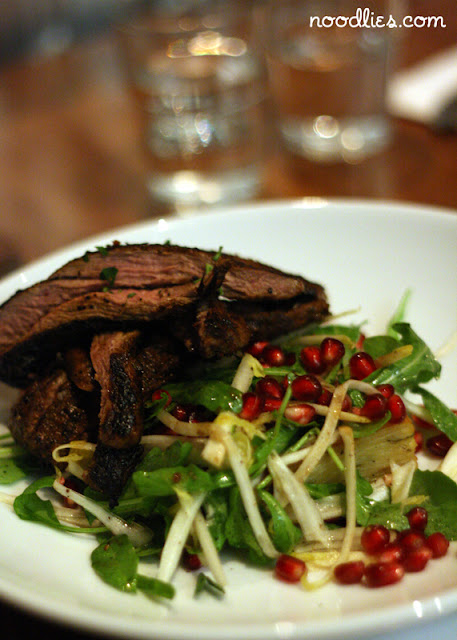 The roast lamb with pomegranate was probably my favourite.  Tender medium rare slices of tender roast lamb, with a decent side of salad including pomegranate.

We went to the wrong ‘Mint” but it wasn’t such a bad thing.  Although I did leave feeling like I’ve had a tad too much meat.