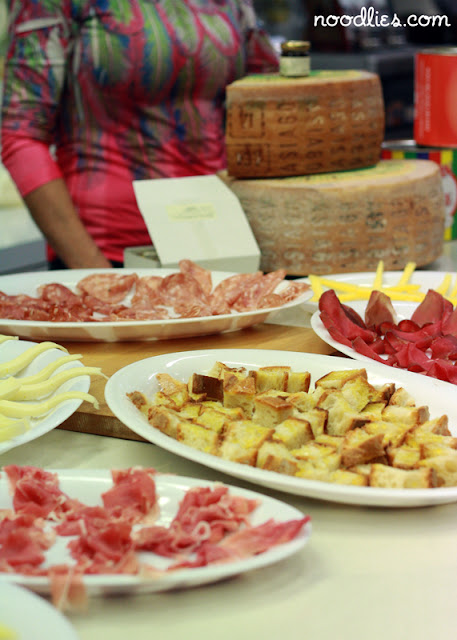 Arriving at Ranieri Deli in Five Dock we were greeted by Giuseppe and his parents Peter and Sarina with a spread of cold meats, cheeses, bread to sample.  The bread with a drizzle of oil was amazing as was the belissimo cheese, truffle cheese, we had it all.

Giuseppe even cooked up, there and then a simple fettucini using fresh herbs from his garden (above).  It was simple, fast and only took minutes – the fettucini itself already had wonderful flavour and aroma even before cooking.

Two highlights, of many, for me was the stunning red bresaola (above), air-dried salted beef, aged for a few months until it becomes hard and a dark red.  Sliced thinly they have sensational flavour and stunning colour. 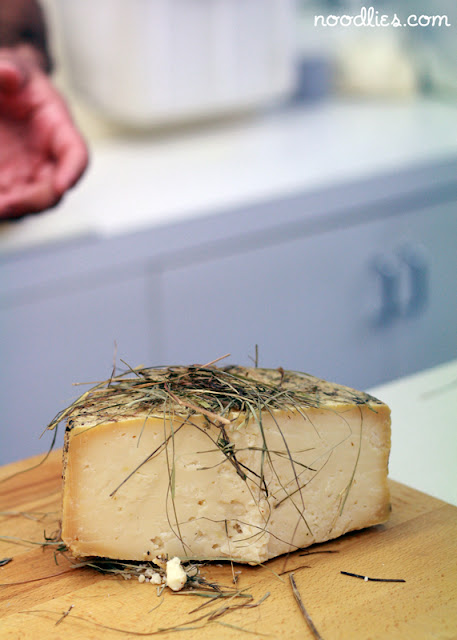 Vento d’estate (summer breeze) was brought out from the back.  It looked plain enough, apart from the grass on it, but we were assured this was something special.  Sliced or is it chipped into small slivers we all got to sample it.  I’m no cheese specialist but it was smooth and with strong flavour, similar to blue vein but half the intensity.  It was truly wonderful. 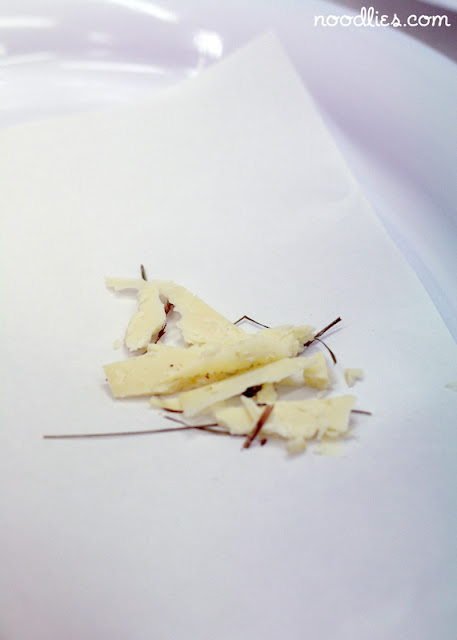 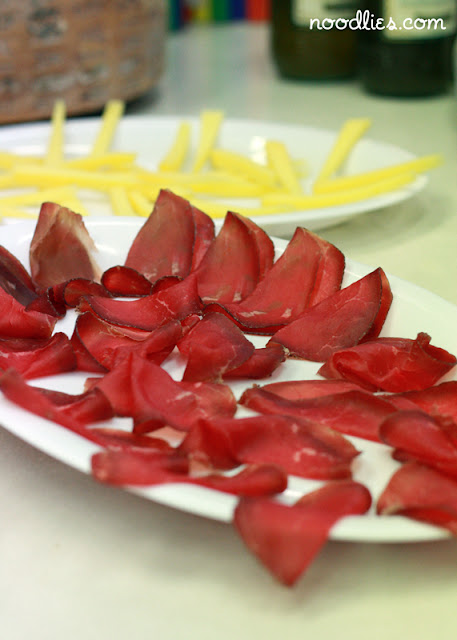