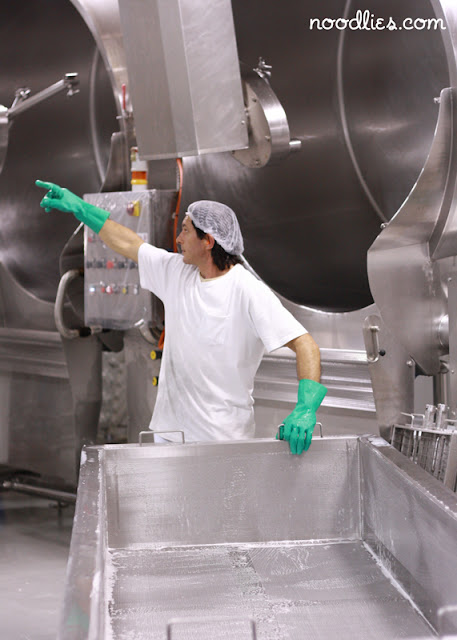 Paesanella is a small factory in the back street of Marrickville that make an amazing range of cheese including ricotta and wonderful italian cheeses like mozzarella, stracchino, marscapone and more – they’re made fresh every day.  Paesanella supplies to Simon Johnson, Harris Farm and other fine food stores. 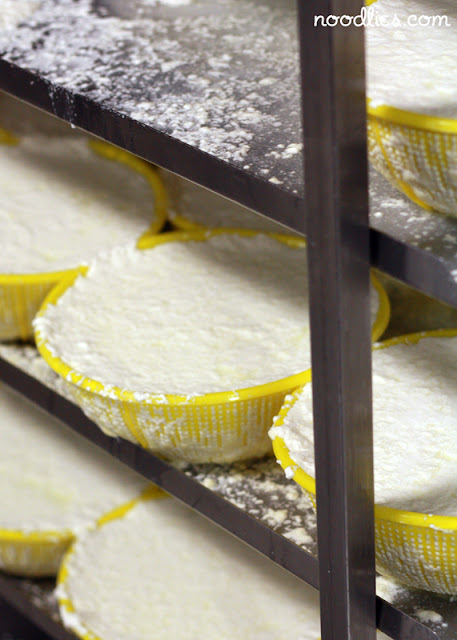 We were lucky enough to get a behind the scene tour of this immaculately clean cheese manufacturer. 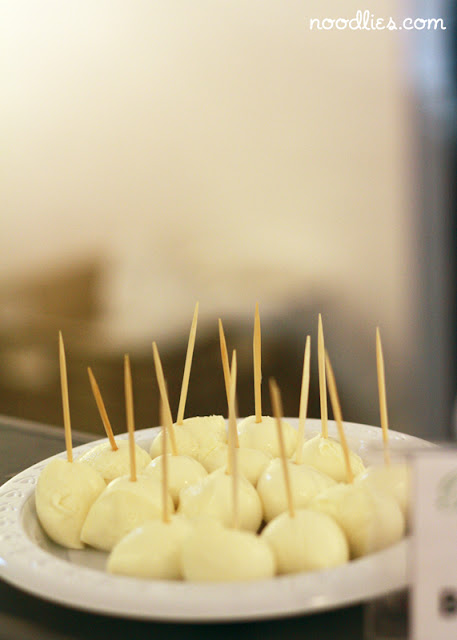 At the end of the tour Gracie and her team gave us the opportunity to sample so many wonderful types of cheeses including mozzarela (above), burrata: bocconcini shell and curd and fresco: buffalo milk mozzarella!  Apparently bufallo milk is better because it is both high in protein and low in cholesterol.