When I go to the local vietnamese grocery store, at the counter is always the most ridiculously tempting array of takeaway desserts, and always in the most appealing colours.

If you’ve ever wondered what they are, I’m devoting a series of posts on Vietnamese desserts – especially the ones you’re likely to encounter at the local Vietnamese store.

This post is on the delightfully coloured sweet rice cakes; they are usually in three colours white, red and green.  They come either in diamonds as above or small circular balls, together with thick coconut milk to dip them into, all on the ubiquitous white polystyrene tray and sealed with clear plastic wrap.  Alternatively, they’re sold in the clear pastic lunch containers.

On their own, these cakes don’t really have much of a taste, sure it’s a little sweet but that’s about it.  While thick, there’s lots of air bubble on the inside, though I’m not sure how this is achieved during the steaming process.

Kind of a snack things, I’ve seen people eat them with sweet coconut milk or even dip them in soy or fish sauce.

I think they’re called banh bo (as opposed to the savoury thin, white banh beo), but on the packet I bought today from Dong Khanh supermarket in Cabramatta, they are simply called green rice cakes. 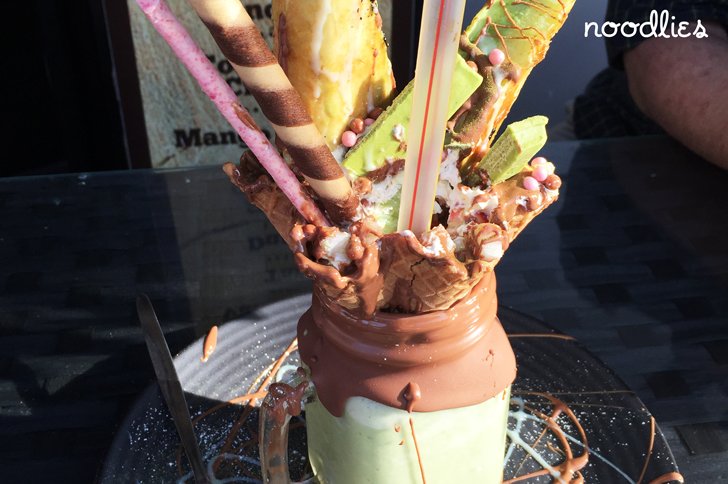 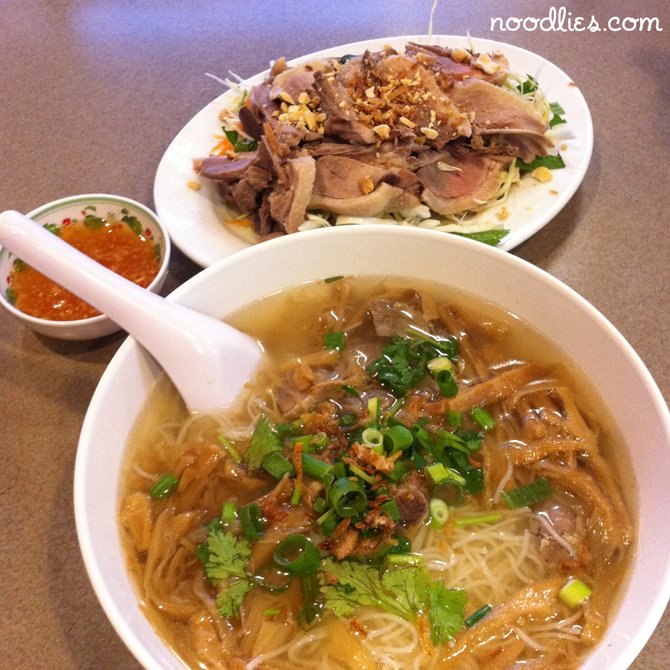