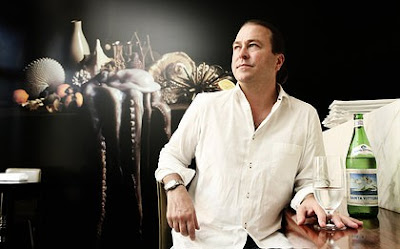 The Seven Network and Shine Australia have secured a troika of leading pan rattlers as the country’s new Iron Chef’s as production readies to starts on the Australian version of the hit Japanese show in Melbourne.
Neil Perry, Guillaume Brahimi and Guy Grossi, all experienced TV hands as well as running their own topline restaurants, will take on younger chefs in the high pressure weekly cooking competition.

No word however on who will be on the roster of judges for the show, which in the US and Japanese versions include food critics and celebrities, or who’s been tapped as the show’s host who oversees the Kitchen Stadium and each week utters the cult tagline. “whose cuisine reigns supreme?”

Seven is billing Iron Chef Australia as “a cooking competition of Olympic proportions, the original sports-meets-cooking challenge between the best chefs in the country, and those aspiring to be.” Each episodes features secret and surprising ingredients such as live squid and live large octopi and the chefs must create four unique dishes in one hour.

Iron Chef is a Fuji Creative Corporation Format.  The original Japanese show continues to air on Saturday nights on SBS while Lifestyle Food has aired the US version form Food Networks which has run for nine seasons over six years.