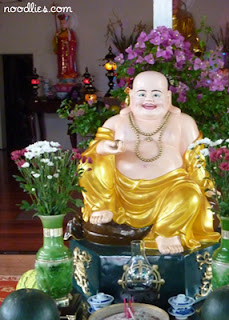 Lunar New Year is the biggest festival in the Asian calendar, you know it’s an important festival when the usually hard working Chinese take three days public holiday.  In China, 230 million people are expected to return to their homes in the countryside to celebrate with family and friends.

It’s Lunar New Year because it’s a new year in the Lunar calendar.  This is precisely why the date changes each year, it usually between end of January and mid February.

This year, it falls on 3rd February 2011 which is relatively early, however, next year it’s even earlier – 23rd January 2012.  To find out Lunar New Year dates for other years, click here.

Lunar New Year has many names, the most popular is probably Chinese New Year.  However, it’s celebrated in many other Asian countries including  Hong Kong, Indonesia, Macau, Malaysia, Philippines, Singapore, Taiwan, Vietnam and to a lesser extent Korea and Japan.  Because of this there are many names for the festival that doesn’t include the word Chinese: in addition to Lunar New Year, you may hear it being referred to as Spring Festival and Tet (Vietnamese). 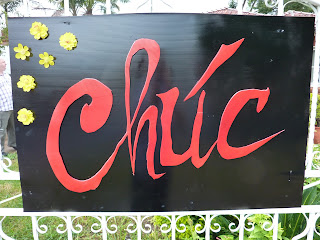 Of course, these days because of the Chinese and Vietnamese diaspora, it’s a major festival in USA, Canada and Australia, with the postal service in these countries issuing commemorative stamps to mark the occasion.

Lunar New Year Festivals:
where are they held in Sydney in 2011?

Chinese commemorate the festival over a two week period, ending on the 15th day with a Lantern Festival sometimes referred to as Chinese Valentine’s Day.  In fact, every day during the fortnight has a different theme, which is summarised pretty well by wikipedia.

Like all new year, it’s a time to gather with families first and then friends. Some elements of Lunar New Year include: 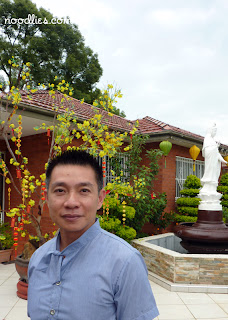 Many of the actions above relate to the belief that actions on the first day of the new year will repeat itself for the rest of the year… so best not to fight or go into debt.

It’s now common for many banks to run savings account promotions during new year because it’s good to accumulate wealth in the new year.

Lunar or Chinese New Year also marks everybody’s birthday, so you gain a year on the first day of the new year, rather than on your actual birth date.

Of course, each year is marked by a different animal, there are 12 animals so the cycle repeats each 12 years.  2011 is the Chinese year of the Rabbit, the rest of the animals are: rat, ox, tiger, dragon, snake, horse, sheep, monkey, rooster, dog, pig.  Each animal has it’s own characteristics and relationship to other animals.  Follow this link to find out your Chinese animal.

This year is unusual as it’s one of a few where the animal is different for Chinese (rabbit) and Vietnamese (cat) cultures. One explanation is that one expression for rabbit  in Chinese sounds similar to the Vietnamese word for cat (mao, mèo), so we may have a case of lost in translation.

To find out where you can join the Lunar New Year Festival fun in Sydney click here.

Share your new year memories in the comments section of noodlies Sydney food blog so that we can all celebrate it!