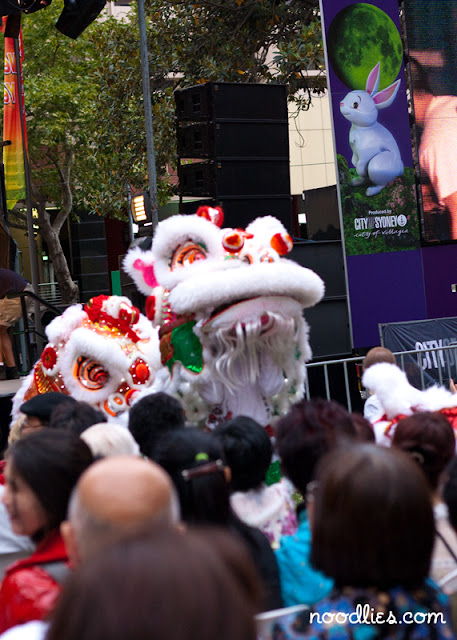 Was fortunate to be invited to the VIP area for the official launch of the City of Sydney’s Chinese New Year festival in Belmore Park last night.

Arrived at 6.30pm and did a quick round up of the action… recorded in the clip below.

There were too many speeches and some went for too long, but in between there was a lot of fun, lion dancing, singing and other Chinese entertainment.

Where are other new year festivals in Sydney?