Uygur is a Turkic ethnic group in Eastern and Central Asia.  The majority, some 80% of the people live in the Xinjiang Uygur Autonomous Region of China.  But the diaspora can be found in Kazakhstan, Kyrgyzstan, and Uzbekistan and also Turkey and Russia.

Go up a brightly lit stairway on Dixon street and you’re in Kiroran Silk Road Uygur restaurant, but you’ll feel feel like you’re in someone’s home in another part of the world.  Several pieces of woven carpet and one lone guitar adorn the red walls, the whole room lit with bright yellow tungsten lighting.

Equally beguiling are the customers: some looked Chinese, some were Russian at another table were a group of three from Central Asia (I can’t make out the language), two Japanese looking for an experience who were completely spun out by the menu, and me, a Vietnamese. 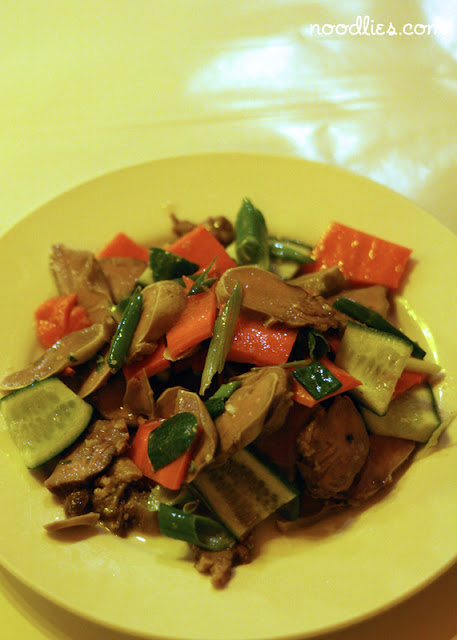 The Japanese at the table next to me were gagging at the thought of lamb tongue salad and I can’t help but order it in the spirit of solidarity with my Uygur brothers!  Apart from the offending ingredient, the salad also included carrot, cucumber, shallots with a light vinegary dressing.  For some reason I was expecting much stronger flavours, but this was good, you could taste the lamb and salad. 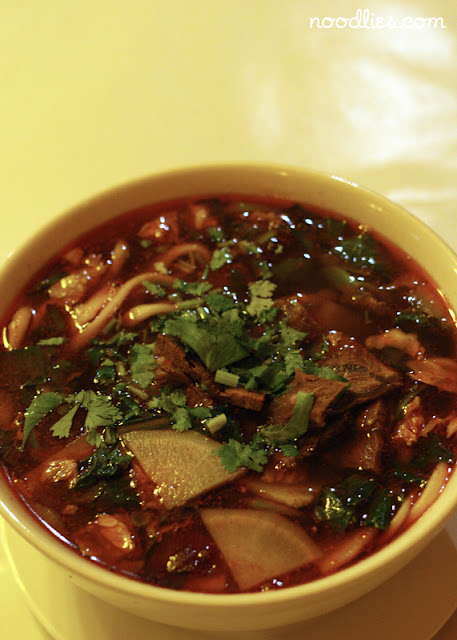 The beef hand made noodle dish looked fierce but was also much milder than I was expecting.  It’s obviously a version of the soup found in the xibei restaurants, not surprisingly since they both come from the north west region of China.  But this version, while still spicy had a lot less pepper. The hand made noodles were delicious, the soup had a wonderful red colour.