I was a tad concerned that an inner city ‘trendy’ cafe was run by Chinese owners, how would the food be? How would the coffee taste? 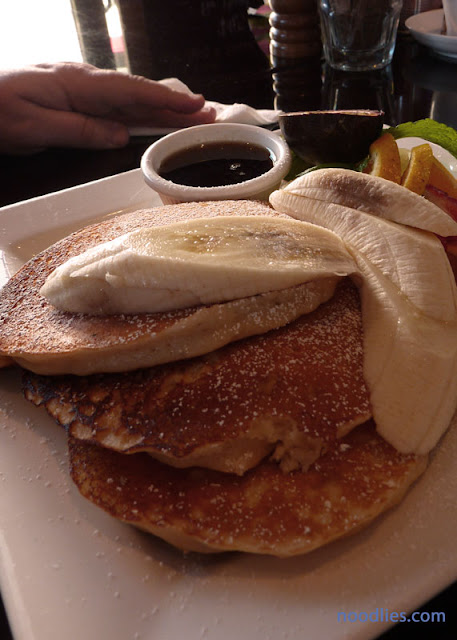 Walter had the banana pancake, which he scoffed down.  My potato, chorizo, chilli omelette was good – and on the chunky side – overall the chilli dominated. In fact there was just too much contrast between the hot chilli and chorizo and the very plain potato, not a fan of the orange slices no matter how ornate.  Nice omelette, but hit and miss taste.  Liked the lashings of butter on the turkish bread, but would have preferred thick white toast personally.

The 2 flat whites I had was fine, if a little on the weak side.