Last night, we arrived just after midnight in Bangkok from Sydney, checked into our hote and then rushed out for midnight snack.

It was a Thursday night and many food stalls were already closed. And those that weren’t were packed! 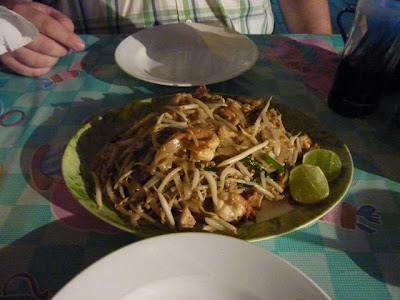 We finally managed to get the last table at a stall on Surawong Street just past the Pan Pacific. Of course we had no idea what was on the menu, cause there wasn’t one, we decided to order Pad Thai (cause it was the only English words on a sign stuck on the stall that was in English).

The photo doesn’t do the dish justice, it was cooked in front of us on a flaming stove and was fresh, hot and tasty.  I could taste the soy and fish sauce as well as the fresh prawns, flavours of which were brought out by the tart lime which we squeezed on top. 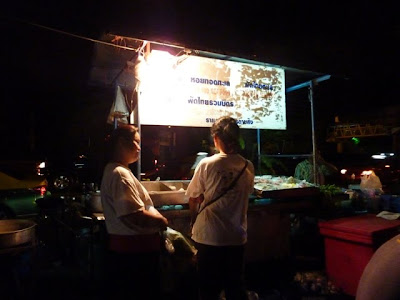