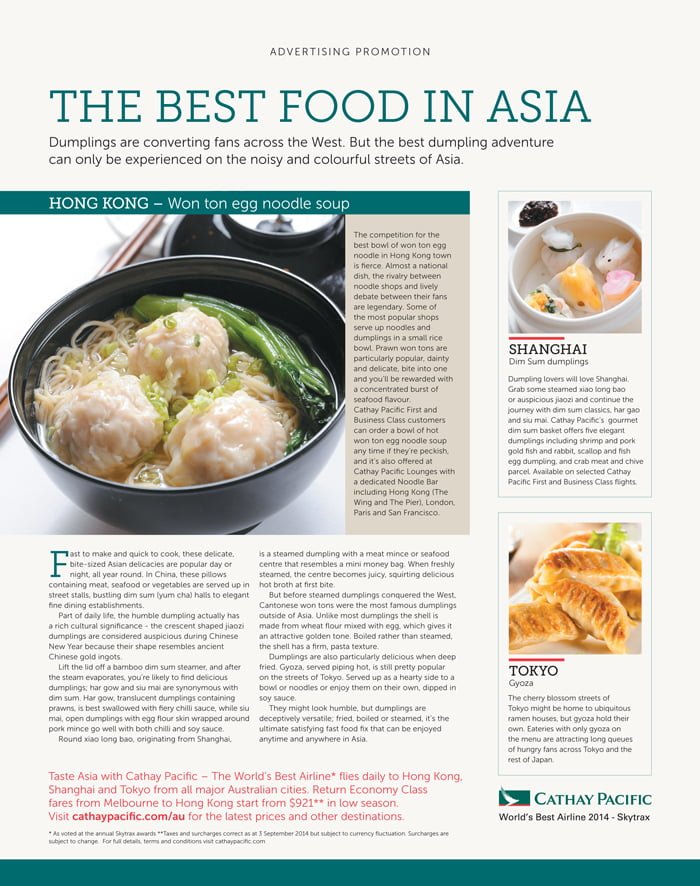 The best food in Asia – Dumplings

Dumplings are converting fans across the West. But the best dumpling adventurecan only be experienced on the noisy and colourful streets of Asia.

Fast to make and quick to cook, these delicate,  bite-sized Asian delicacies are popular day or night, all year round. In China, these pillows  containing meat, seafood or vegetables are served up in street stalls, bustling dim sum (yum cha) halls to elegant  fine dining establishments.

But before steamed dumplings conquered the West, Cantonese won tons were the most famous dumplings outside of Asia. Unlike most dumplings the shell is made from wheat flour mixed with egg, which gives it an attractive golden tone. Boiled rather than steamed, the shell has a firm, pasta texture.

Dumplings are also particularly delicious when deep fried. Gyoza, served piping hot, is still pretty popular on the streets of Tokyo. Served up as a hearty side to a bowl or noodles or enjoy them on their own, dipped in soy sauce.

They might look humble, but dumplings are deceptively versatile; fried, boiled or steamed, it’s the ultimate satisfying fast food fix that can be enjoyed anytime and anywhere in Asia.

The competition for the  best bowl of won ton egg  noodle in Hong Kong town is fierce. Almost a national dish, the rivalry between noodle shops and lively debate between their fans are legendary. Some of the most popular shops serve up noodles and dumplings in a small rice bowl. Prawn won tons are particularly popular, dainty and delicate, bite into one and you’ll be rewarded with a concentrated burst of seafood flavour.

Cathay Pacific First and Business Class customers can order a bowl of hot won ton egg noodle soup any time if they’re peckish, and it’s also offered at Cathay Pacific Lounges with a dedicated Noodle Bar including Hong Kong (The Wing and The Pier), London, Paris and San Francisco.

The cherry blossom streets of Tokyo might be home to ubiquitous ramen houses, but gyoza hold their own. Eateries with only gyoza on the menu are attracting long queues of hungry fans across Tokyo and the rest of Japan. 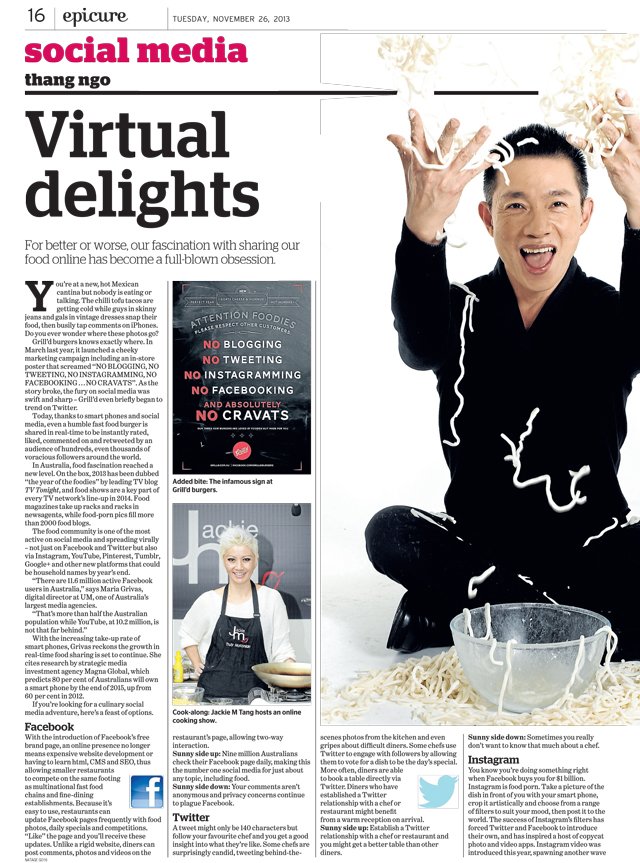