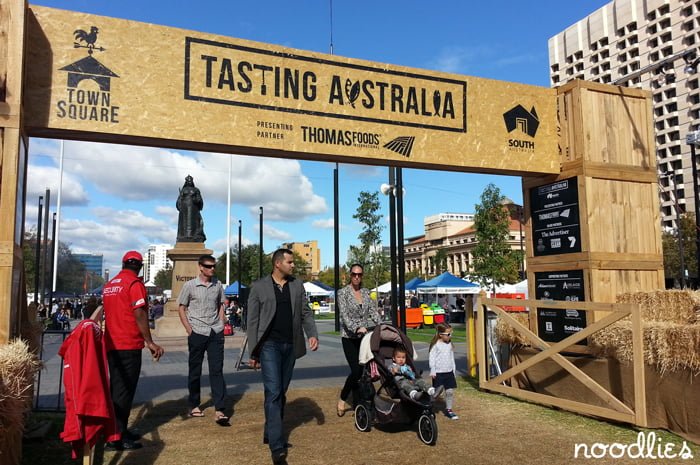 Back to the origins for one of Australia’s oldest culinary festivals.

Established over 15 years ago, one of Australia’s oldest food festivals is going through a brave, exciting change.

Food and wine festivals might have been novel all those years ago, but frankly, these days there’s one every minute somewhere in Australia, particular in the larger states. Tasting Australia is going through a re-invention of sorts, it’s now in the hands of local organisers, where previously it was managed by Ian Parmenter’s WA-based Consuming Passions. The South Australian Tourism Commission event is now headed by creative directors, Simon Bryant and Paul Henry with greater input from local producers. Venerable Maggie Beer is event patron.

Origins is an appropriate theme, looking forward, while also acknowledging the contributions of the past. And it signals a focus on local producers, the real stars of Tasting Australia, that’s why you won’t see too many international chefs headlining this year’s event. It makes a lot of sense. Henry talks to noodlies, Sydney food blog about these fundamental changes in the featured video above.

“What we’re encouraging people to do is look at the marvellous ingredients that grows on your doorstep in South Australia – do you know your farmer, do you know where you buy your vegetables from, and do you know your local butcher? And if you don’t, start that conversation now” says Henry.

A festival guest, Joanna Savill, Director of Sydney’s Good Food Month agrees “It’s a great food state; food and food culture, produce… great wine, it’s kinda in the DNA of people in South Australia… It’s a great pleasure to be here a time when all of those things are really being celebrated”. This year, there are more than 80 free and ticketed events held across Adelaide and regional South Australia in eight days. Many have been sold-out, including the Origins Dinner, Langton’s Classification of Australian Wine VI, Nose to Kale with Fergus Henderson, A Neighbour’s Walk to Table and Lime Cave Degustation Dinner.

In a vote of confidence in the new direction, South Australian Tourism Minister, Leon Bignell announced this morning that Tasting Australia will be held annually from 2016 (currently it’s held biennially). There’s lots to like this year. The creation of a dedicated Tasting Australia Town Square (above) at Victoria Square seems to have been a huge hit, giving the festival a central presence and attracting tens of thousands of visitors. In keeping with the Origins theme, the organiser’s call to action is Eat. Drink. Think. Participate. And it’s certainly reflected in the program.

Making gin qualifies as participating, surely? One of the highlights for noodlies is Jon and Sarah Lark’s masterclass. These lovely folks run Kangaroo Island Spirits, a micro distillery in South Australia.

The couple provided instructions, supervision and the ingredients; juniper, coriander and angelica base as well as aromatics such as ginger, cardamon, pepper, orange and many, many more. And yes, that’s me with my creation, the “noodlies” gin (that fella behind is our host, Phillip – he’s loads of fun, not at all like a minder). Believe me, the noodlies gin is delicious – can’t you tell by that smile?

Garden Fresh with Skye Gyngell, formerly of Michelin star Petersham Nurseries Cafe, is another hands on session I attended.

Ross, a fellow participant, is pretty keen to see the UK based chef. “I’ve read her in magazines and wanted to get some cooking tips” she says.

It’s a free flowing session, Gyngell shares tips and we’re encouraged whip up something using the plentiful supply of fresh vegetables as she comes around to provide advice and feedback. Two Gyngell nuggets stood out for me, and you can hear it in her own words in the video above:

Another participant, Anna also enjoyed Gyngell’s workshop, she says the Town Square is “absolutely fantastic” and reckons the session would be even better with more structure.

If all this Tasting Australia fun sounds fabulous, you’ll just need to be a little patient – the next one will be in 2016. And after that, this culinary festival will be annual. 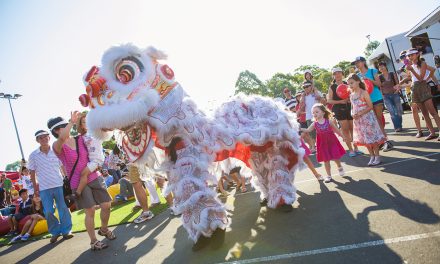