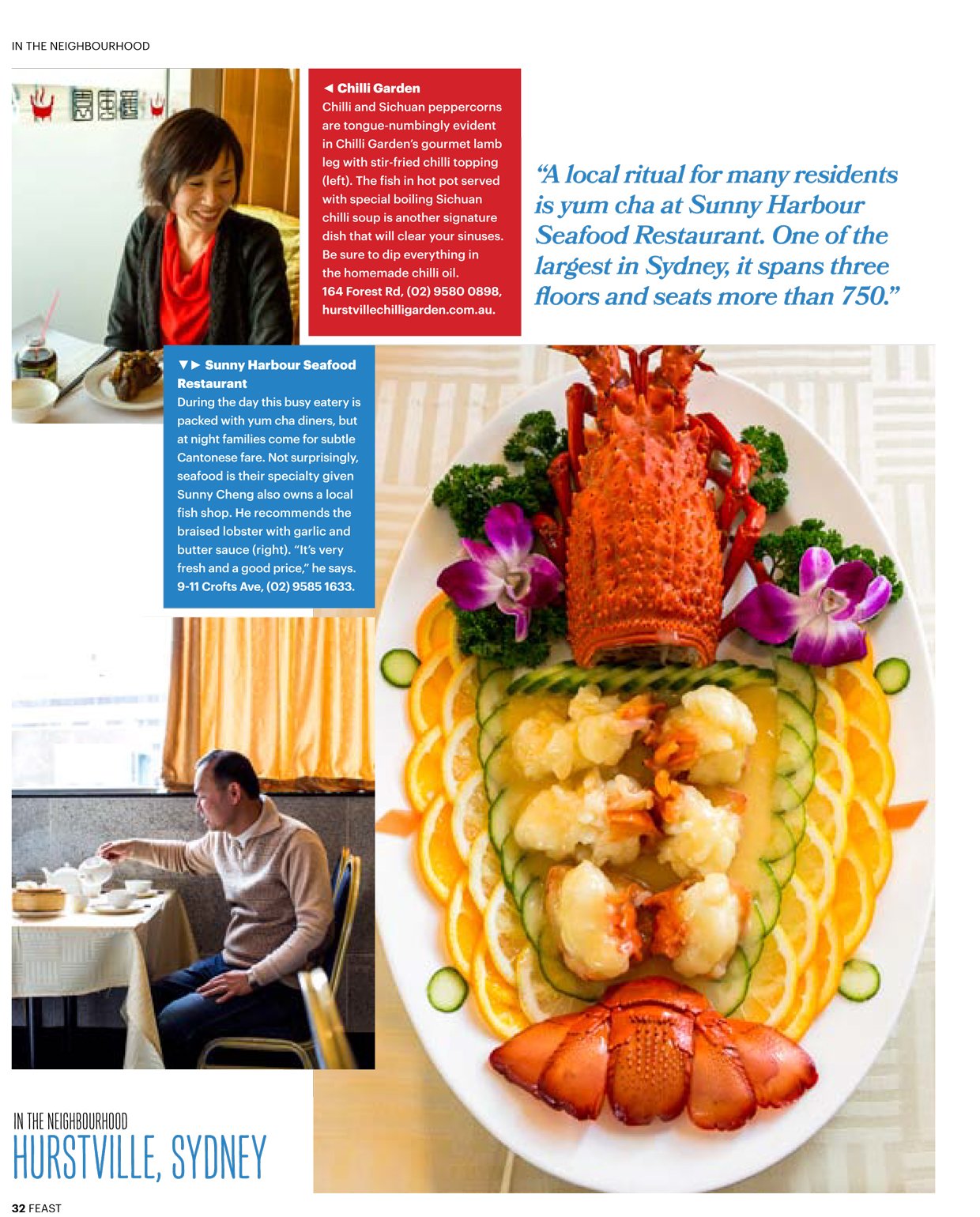 In the neighbourhood, Hurstville

Australia’s most Chinese suburb isn’t Sydney’s Ashfield, Melbourne’s Glen Waverley or Brisbane’s Sunnybank. That title belongs to a little known suburb 16km south of Sydney of Hurstville, where half the population speak either Cantonese or Mandarin.

This growth has been built in three waves, over two decades according to Hurstville Councillor, Nancy Liu. Then Prime Minister, Bob Hawke granting residency for 20,000 Chinese students in Australia post the 1989 Tianamen Square protest sparked the first wave. Hurstville’s affordable rents, busy train line and proximity to Sydney and Wollongong campuses were attractive to these students. Cr Liu says the 1997 handover of Hong Kong provided the second influx of migrants drawn to Hurstville’s property prices and a vibrant local Chinese community. “And I’m part of the third wave from early 2000 of skilled Chinese migrants” she says – Cr Liu arrived in 2000 from China’s Hebei province near Beijing. A local ritual is yum cha at Sunny Harbour Seafood Restaurant, one of the largest in Sydney – spanning two floors, seating over 600. Owner Sunny Cheng came to Australia 25 years ago as a 17yo to study English. He stopped studies after just three months when money ran out. “Then I worked two jobs – in the morning at the Fish Markets and night time in a Chinatown restaurant” Chen recalls. Over four and a half years he learnt their trade. Today he owns a fish shop and two restaurants in Hurstville. From Chiu Chao (Teo Chew) in China’s south, Cheng says their cuisine is deceptively flavoursome “it’s plain but tasty”. As an only child, Mi’s parents wanted him to be independent, so in 1989 they sent the 22yo to Australia to study. “When I came to Australia I had no friends, no relatives” he says. Mi desperately missed food from home. “Back then, I couldn’t even cook fried rice. I had to call my mother in China to ask… phone calls were very expensive then, like $3 a minute”. In 2006, when Mi opened the first A Taste of Shanghai branch in Ashfield, Sydney’s little Shanghai. It became an instant hit, helping fuel Sydney’s current love of Chinese dumplings. Mi says a Hurstville branch was a no-brainer, in less than 12 months, A Taste of Shanghai has become one of the suburb’s most popular eateries.

Tony Zong of Chilli Garden restaurant claims “our food uses a lot of chilli and Sichuan pepper… Sichuan is very popular in China now and with the young generation”. Zong, who came to Australia in 2000, has brought out a well-known chef from Sichuan province to bring contemporary and authentic Chinese to Sydney. While the décor is up-market, Zong reckons their key to success is keeping it affordable “the money must be right”. “When I first arrived most people spoke Cantonese, now it’s fifty-fifty with Mandarin” calculates Cr Liu, who has lived in Hurstville from her first day in Australia. Cr Liu says she loves living in Australia’s most Chinese suburb “you get authentic food from different regions of China; Cantonese, Shanghainese, Sichuan and more – plenty of combinations and variety”.

A Taste of Shanghai: Locals are lapping up their famous Shanghai xiao long bao; dainty, round and juicy steamed dumplings. Make sure you also order the pan fried pork buns that squirt piping hot juice with the first bite – so hot, they come with a written warning. You’ll queue on weekends, but the line moves quickly. 177 Forest Rd, (02) 9585 8826.

Chilli Garden Restaurant: Hallmarks of Sichuan food, chilli and Sichuan pepper, are tongue-numbingly evident in their homemade Sichuan style lamb shank. The spicy fish hot is a signature dish that will clear your sinuses. Everything tastes better, and spicier, when dipped in their homemade chilli oil dipping sauce. 164 Forest Rd, (02) 9580 0898.

Lamb & Cumin: marinated lamb skewers is a popular northern Chinese streetfood, in Hurstville it’s a popular after school snack. Skewers are bbq’ed to order over smoky charcoal. The standards are lamb, wagyu beef and chicken skewers. For the adventurous there’s chicken gizzard, beef tendon or Aussie bush crocodile. Down your sticks with a bottle of non-alcoholic beer. Shop7c, Hurstville Central, Forest Rd, (02) 7901 2374.

twisted noodle bar: Yunnan noodles is the best known dish from China’s most southwestern province, followed by pu’er tea. Traditionally, it’s hot pot with sour and spicy broth for you to dip and cook different meats and vegetables. At this funky noodle, it’s a ‘fusion’ execution – everything is combined in one soup bowl; pork, beef, tofu, egg, rice noodles. You select from five levels of spiciness and four levels of sourness. 340 Forest Rd, (02) 9586 3332. 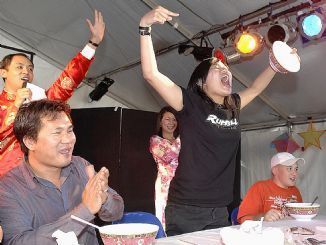 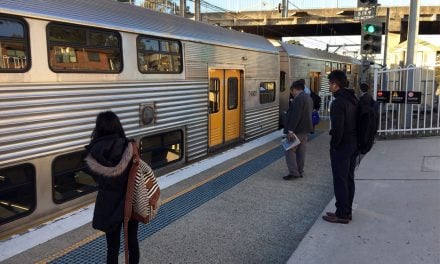 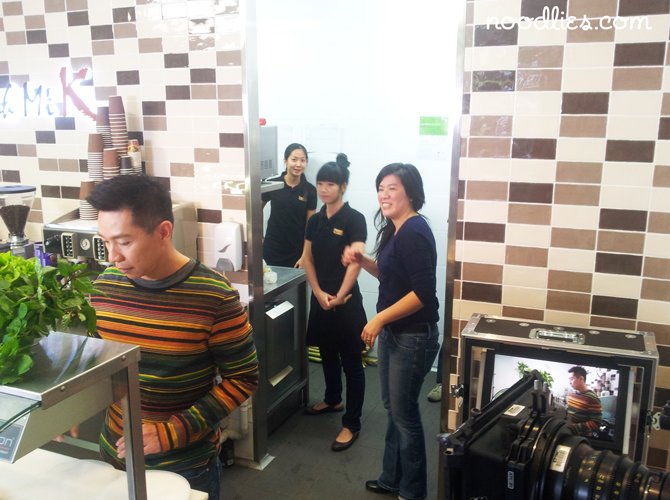 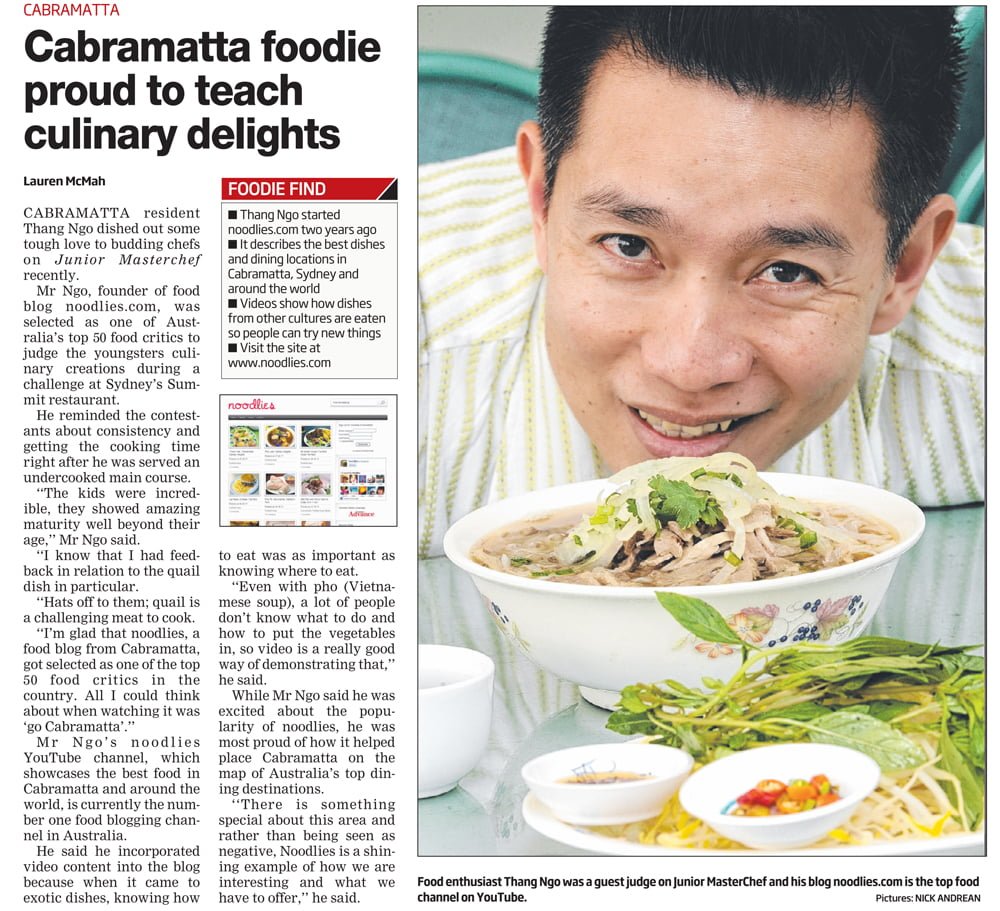