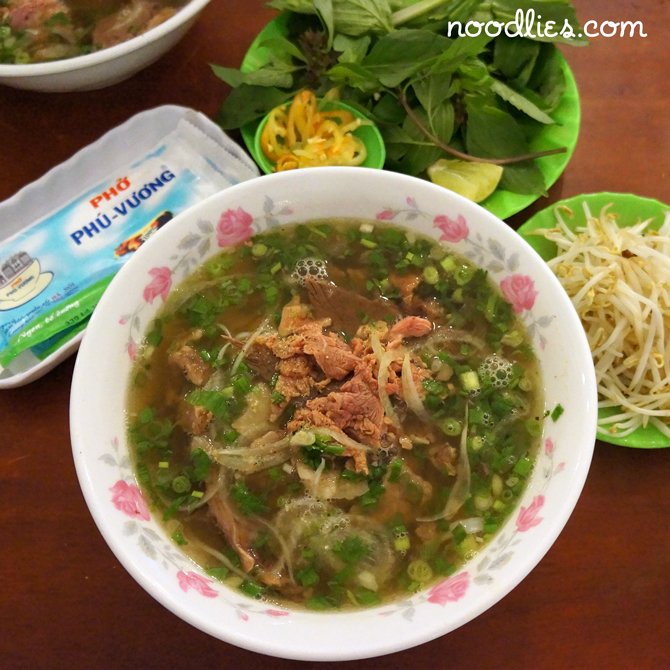 Pho is a subjective thing. Noodlies, Sydney food blog conducted a poll which found Sydney’s best pho, though, it’s fair to say everyone has their personal favourite. Amongst the Vietnamese community in Australia there’s also discussion about whether pho in Sydney is better than Vietnam. In one corner is my father, who says the better quality of ingredients and in particularly prime Aussie beef means pho here (and he argues in Sydney) is better.

For over a decade Pho Phu Vuong has been the haunt of late night ravers, prostitutes, trannies, gays, hospitality workers and other night owls in this city of over 7 million people (unofficial estimates put the numbers at twice that). While restaurants in the ‘burbs close by midnight Pho Phu Vuong, with it’s 7-Eleven neons and gleaming white tiles, is open into the early hours of the morning. Quan Tan Binh is an enclave for Vietnamese from the north and Mr Pho Phu Vuong is famed as one who has made a fortune down south. Rather than winding back business after the passing of the head of the family, the sisters have extended operating hours, in the past it was late afternoon to the wee hours, these days it’s almost a 24 hour operation, from 5.30am ’til late.

Pho at Phu Vuong is as famed as the personal stories behind this establishment. Most overseas visitors to Pho Phu Vuong will have two bowls – it’s that good. The broth is a profound experience, deep, rich and sweet with multiple layers of beefy, fish sauce goodness. Of course, the formula is secret, though locals swear the meat and bones of one and a half cows goes into making that to-die-for soup.  Meat is generous too, tender, decent quality together with a good range of herbs including basil and sawtooth coriander.

Pho Phu Vuong employs dozens of staff, mostly imported from the north, who queue around industrial sized pots of steaming pho broth before rushing these bowls of deliciousness to eager customers. A bowl costs 40,000 dong (A$2). The place seats about 60 people and is full most times, locals stroll by, green with envy as they calculate how many billions of dongs the place makes each day.

Noodlies, Sydney food blog has eaten a fair few bowls of pho over the years and without a doubt this is the best I’ve tasted.  I fell in love with the broth at first taste, even before knowing the intriguing background to Pho Phu Vuong – it had the effect of making  me like them more.

Pho Phu Vuong is near the airport and is about 15 minutes on a motorcycle taxi from the town centre.  Come late and soak in the taste, sights and sounds. 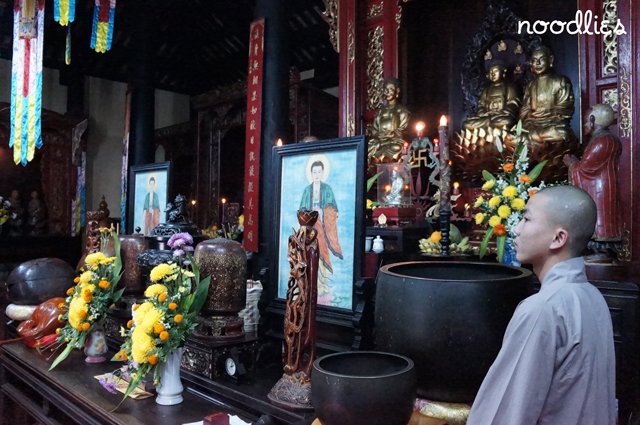 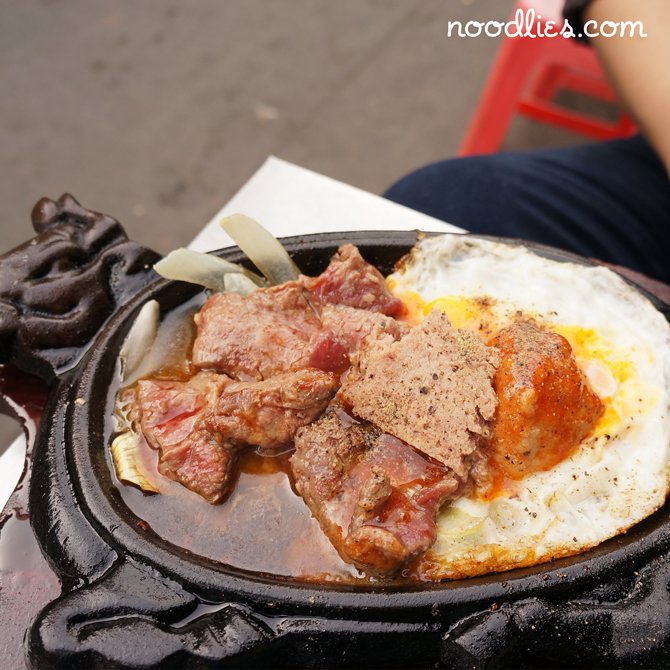