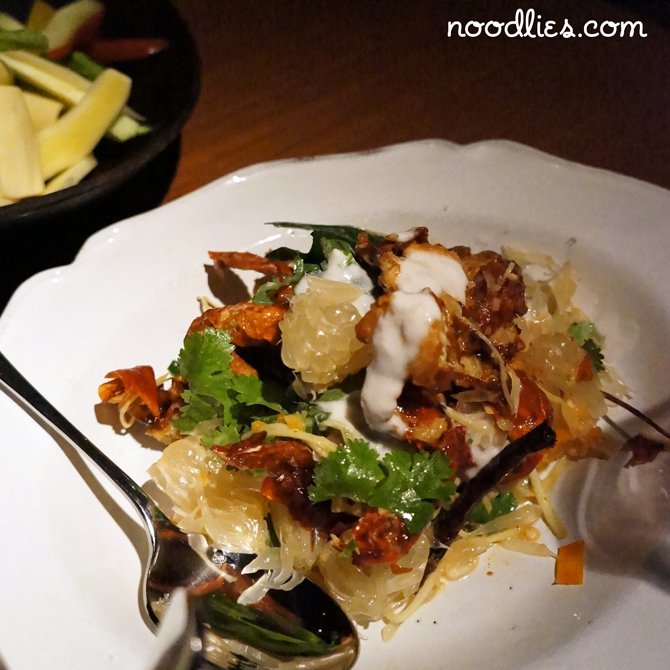 “When Australian David Thompson announced he was opening a second site of his successful London-based Thai restaurant in Bangkok, a few eyebrows were raised. Two years later, many will have revised their views, given the quality of Thompson’s high-reaching cooking, which has flashes of haute cuisine without straying too far from tradition. Dishes contrast salty and sweet and hot and fragrant – so while some are delicate, others are punchy and powerful” says the judging panel for The World’s 50 Best Restaurants, 2012.  This year, David Thompson’s nahm Bangkok made it on the list for the first time at number 50.

See David Thompson in Australia June 2012: read on to find out how…

Noodlies, Sydney food blog was back for another visit in February this year.  Our wonderful, first taste of nahm was in December 2010 just a three months after it opened in the Metropolitan Hotel, Bangkok.  See the noodlies video review of our first visit below.  I got to meet Thompson, who’s a real charmer and clearly a man who lives and loves Thai food.

During this visit, we were lucky Thompson was also in Bangkok and I got the chance to say ‘hello’ again to this remarkable and successful Australian.  And I admit, weirdly, this time I was a bit star-struck – I’m not sure why, he’s such a sweet and gentle man.

Tonight we had the Nahm set menu which consists of a selection of canapés, your choice of a dish from each section of the main courses and dessert.  The soft-shell crab salad had just about everything; meaty crab, tart/sweet pomelo, it was smooth but also intense. I could imagine a family in the north of Thailand sitting down to a dinner with stir fried prawn, chicken and egg.  It’s a simple, homely dish that Thompson transformed into a thing of beauty which yielded a burst of flavour each time you bite into the prawns. Shrimp paste and grilled catfish served in coconut cream with deep-fried soft shell crab... what more can I say?   The shrimp paste mixture had an intense punch without being over-bearing, giving the dish real depth. Gluggy sugar cane dumplings soaked in perfumed coconut cream with grilled bananas.  Again, I could imagine a more humble version of this served on a street stall in the country-side.  Here, they looked pristine and delicate but lost none of the authentic, raw street taste.  Sweet, lightly scented and delightful. The translucent, peeled longans float tantalisingly in coconut syrup to be enjoyed with crunchy sides that included fresh corn.  While not sickly, Thai desserts are typically very rich.

nahm is a must for anyone visiting Bangkok for so many reasons, to support an Australian who’s now a wonderful success around the world, visit a restaurant named as one of the World’s 50 Best Restaurants and of course to enjoy stunning, remarkable food by a remarkable Australian. For a full program, click here.  David Thompson will be taking classes are in June (2,3,9,10).  Noodlies and guest will be eager students at his class on Sunday, 10 June courtesy of Fisher & Paykel, a partner of the Sydney Food Market Cooking School.

Australian David Thompson is a Michelin awarded chef and has been cooking for almost 30 years. But it was living in Bangkok in the 1980s that spurned his love for the country, its people and food. He returned to Sydney and fell into a restaurant in Newtown, which was renamed Darley Street Thai. That restaurant moved to the Cross, where it stayed for 10 years.  Around that time he opened another restaurant called Sailors Thai down in the Rocks. In 2001 he moved to London and opened Nahm. It’s still operating. In September this year, he opened a restaurant in Bangkok, also called Nahm.  He’s the author of two highly successful cook books, Thai Food and most recently Thai Street Food. 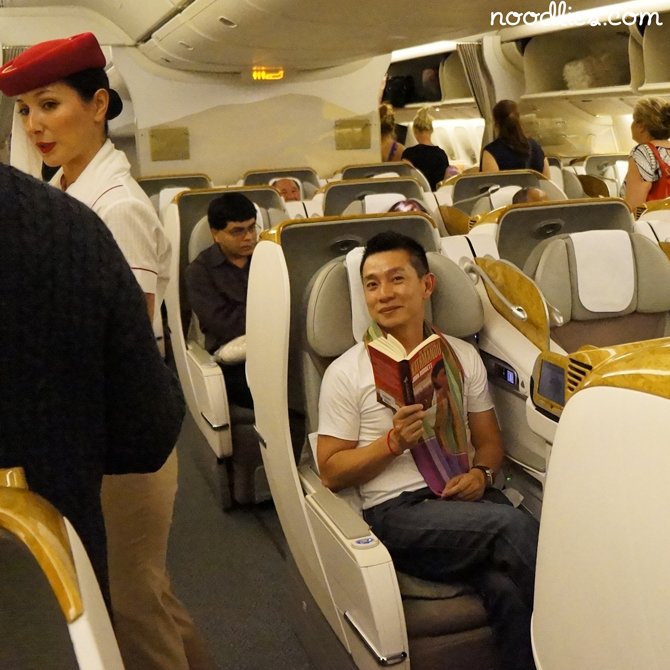